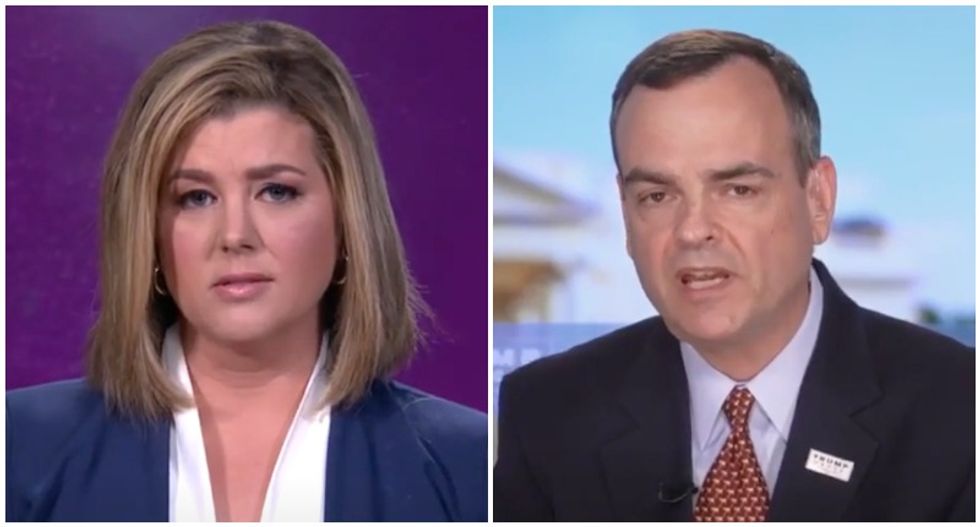 Appearing on CNN this Tuesday, Trump campaign communications director Tim Murtaugh argued in favor of the drug hydroxychloroquine as means to fight against coronavirus, accusing network host Brianna Keilar of "cherry-picking" details from studies that he claims proved the drug is safe.

According to Murtaugh, the "entirety of the media" dismissed the drug simply because President Trump expressed optimism about it.

"That's not why," Keilar said. "It's because it kills people, Tim."

Later in the segment, Keilar told Murtaugh that his coming on CNN and promoting hydroxychloroquine is doing a "real disservice to the health of Americans."

"If you're going to come on here and talk about how this is a good treatment when doctors have said, 'No, it's not,' and studies have been canceled because it's dangerous..."

Murtaugh then interrupted Keilar, claiming that Dr. Anthony Fauci himself has said that he'd prescribe the drug.

"We've talked to a number of doctors and experts, including federal experts, this is not something you want to be playing with," Keilar shot back. "Studies have been canceled because this stuff is so dangerous."

Keilar then brought Dr. James Phillips into the segment, who called the interview with Murtaugh "absolutely unbelievable."

"Hydroxychloroquine has not been proven safe or efficacious in the treatment of this disease, to any degree that doctors should be prescribing this to patients outside of a clinical trial," Phillips said.