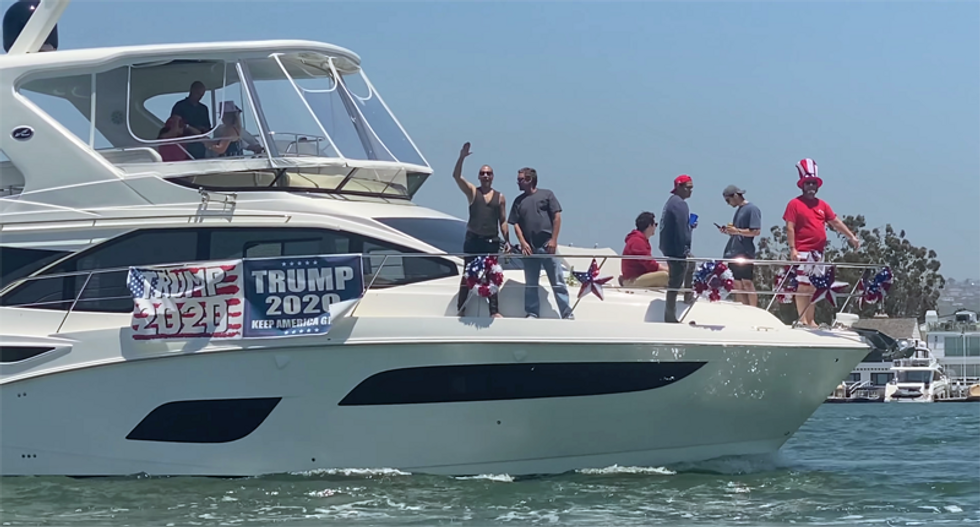 President Donald Trump on Monday was asked about his sagging poll numbers as the coronavirus pandemic pummels America.

"Mr. President, your poll numbers suffered in recent months because of your handling on the pandemic," a reporter noted. "What's your plan going forward to prove Americans that you're the right person?"

"I think the polls numbers are very good," Trump replied, seemingly ignoring all public polling on the 2020 presidential campaign.

"The poll numbers we have are very good," Trump claimed, without offering any evidence to dispute the consensus of public polling.

Trump then used anecdotes from videos he had viewed online to discount statistically-relevant polling.

"Thousands and thousands and you've seen it, where you have "Bikers for Trump" with lines that are miles long on highways going along on weekends," the argued.

The president did not explain how a small number of the electorate own a boat or motorcycle.