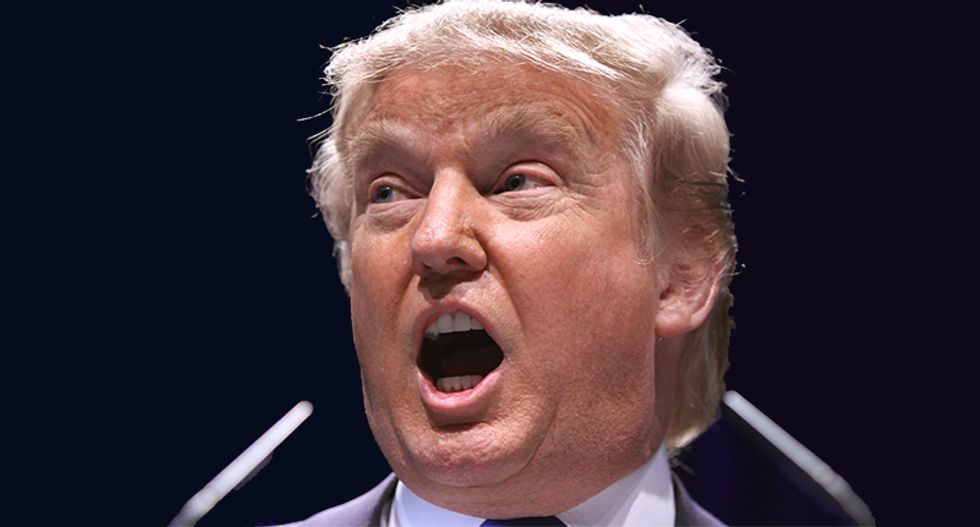 The leader of the free world lashed out at those criticizing his Department of Homeland Security in a series of tweets sent just before 11 p.m. on Monday.

"The Fake News Media is trying to portray the Portland and Seattle “protesters” as wonderful, sweet and innocent people just out for a little stroll," Trump claimed, despite the fact most media coverage has focused on the fact the protesters are outraged about Trump's DHS agents in Portland.

Trump then tied the issue to the 2020 campaign, seemingly agreeing with Oregon elected officials that he sent the DHS agents to bolster has lagging re-election campaign.

"Actually, they are sick and deranged Anarchists & Agitators who our great men & women of Law Enforcement easily control, but who would destroy our American cities, and worse, if Sleepy Joe Biden, the puppet of the Left, ever won," Trump argued.

"Markets would crash and cities would burn. Our Country would suffer like never before," he claimed, as his COVID-19 death toll approaches 150,000.

"We will beat the Virus, soon, and go on to the Golden Age - better than ever before!" Trump promised.