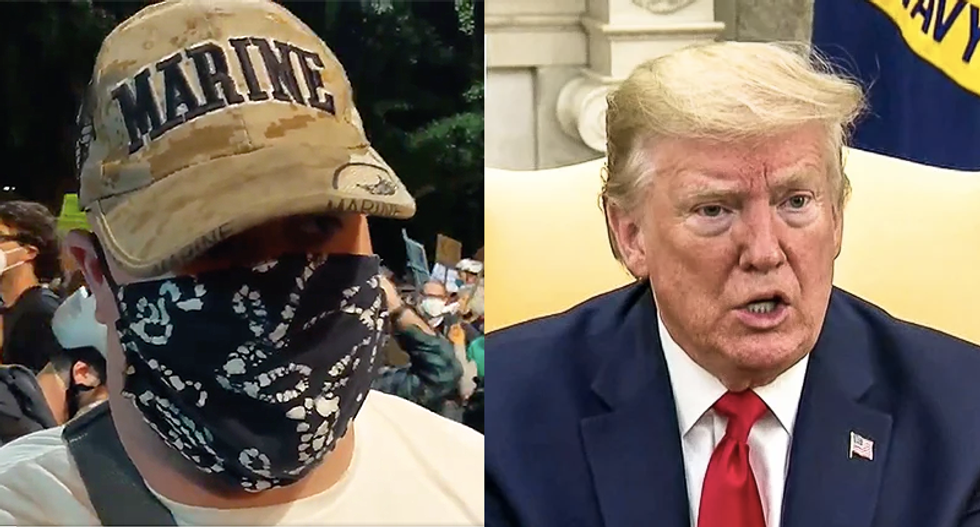 President Donald Trump is desperately trying to win a "law and order" campaign, but to do so he has to paint Black Lives Matter protesters as a group of violent anti-American attackers. The video footage not only doesn't support it, it's working against him.

Over the weekend in Portland veterans from every branch of service lined up to protect Black Lives Matter protesters as Trump's federal troops tear-gassed and beat protesters.

Trump responded to the news by attacking the veterans.

"The 'protesters' are actually anarchists who hate our Country (sic)," Trump tweeted Sunday. "The line of innocent 'mothers' were a scam that Lamestream refuses to acknowledge, just like they don’t report the violence of these demonstrations!"