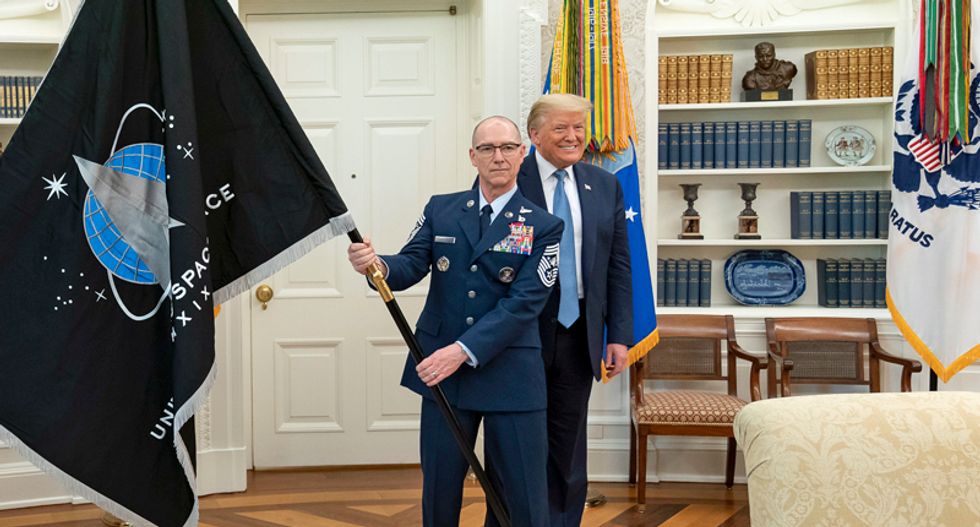 President Donald Trump discussed the importance of being smart while president during a Thursday evening interview with Fox News personality Sean Hannity.

"You have to be very sharp. I’m dealing with the heads of these countries and everyone of them is a world-class chess player and if you’re not a 100% on your game, if you’re not 100% sharp plus, you got a problem," Trump argued.

Moments later, Trump forgot the name of the Space Force, the new branch of the armed services that he created with much fanfare.