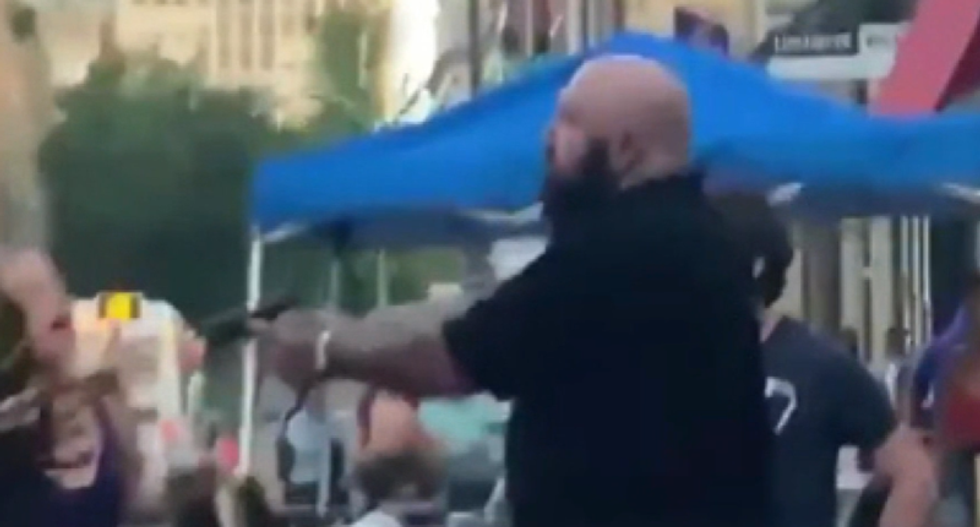 According to Fox 29 News, a Philadelphia lounge owner is claiming he is the victim of an incident in which he allegedly pulled a gun on a Black man and shouted, "Trump 2020!"

According to a witness who spoke to The Philadelphia Inquirer, "a Black man on a bike stopped near the restaurant on Second Street in Old City and began shouting, 'Social distancing! No one is wearing a mask!' Restaurant goers started shouting back, telling him to go away." At that point, the lounge owner, Jamie Atlig, stood up, "the man with the bike shouted something about 'MAGA privilege,' while Atlig shouted 'Trump 2020!' That’s when Atlig pulled a gun, and Krieger said she saw the Black man freeze at the sight, then pull out his bike lock in self defense."

Atlig, who moonlights as a combat specialist trainer for law enforcement, insists he felt threatened by the cyclist.

“It looked like, at that at point, he was drawing a gun, because it was a black, metal object as he reached behind,” said Atlig. “He came across and came to attack me. I’m the actual victim in this situation.” Atlig also claims he has received death threats in the wake of the incident.

Watch the Fox 29 report below: