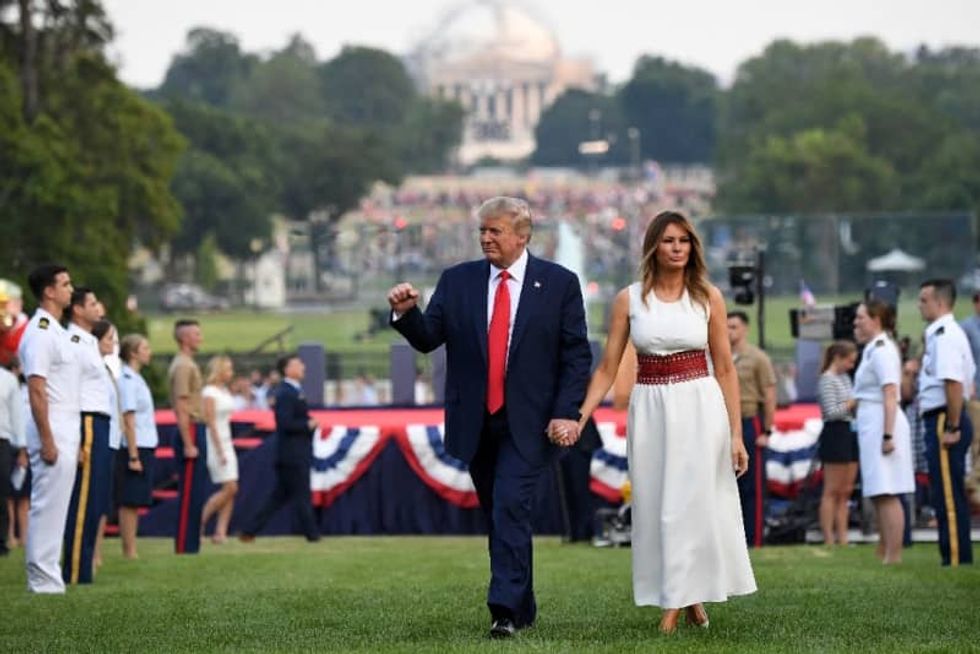 Washington (AFP) - The United States marked an unusually somber Independence Day on Saturday, with President Donald Trump bashing domestic opponents and China -- but praising the country's coronavirus response, despite a record surge in cases.Across the country, virus fears dampened or nixed Main Street parades, backyard barbecues and family reunions on a day when Americans typically celebrate their 1776 declaration of independence from Britain.Instead of adopting a unifying tone, Trump -- facing a tough re-election and eager to mobilize his political base -- railed against protesters demandin...