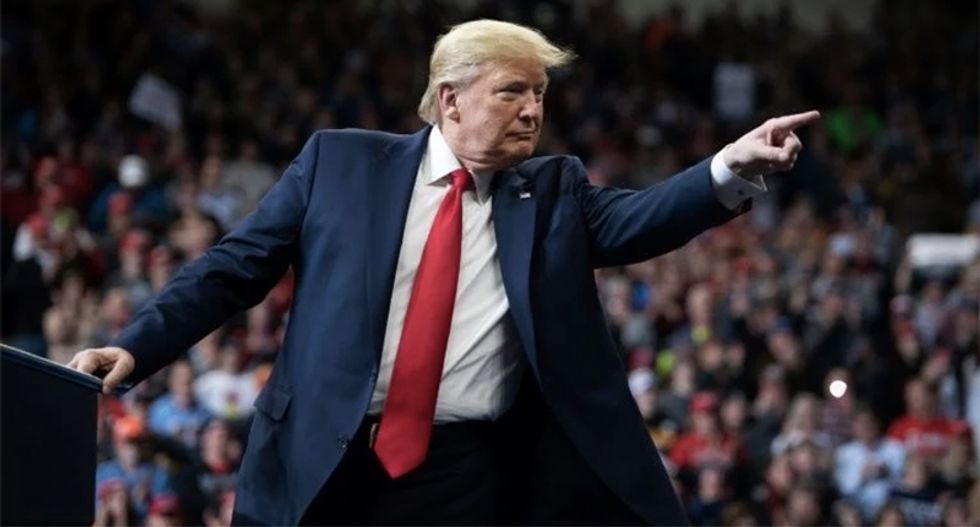 In rare public remarks this Monday, a career CIA officer spoke about her experience with adapting intelligence briefings to be more palatable for President Trump, POLITICO reports.

Beth Sanner, who is a senior official at the Office of the Director of National Intelligence who also serves as Trump’s primary intelligence briefer, didn’t mention Trump by name,  the non-profit Intelligence & National Security Alliance said on Monday, but some think it was clear who she was talking about as she discussed her own briefing style.

“Is this someone who reads? Someone who likes a story? Operates on visuals?” Sanner said. “You figure out before you go in what that person needs from you.”

According to POLITICO, Sanner’s comments give insight into how she approaches Trump's briefings, "as questions swirl about why Trump—who is not known to read Presidential Daily Brief, a classified document outlining key national security threats—was apparently never 'orally' briefed on intelligence showing that Russia was paying bounties to Taliban fighters to kill U.S. troops in Afghanistan as early as 2018."

Read the full op-ed over at POLITICO.