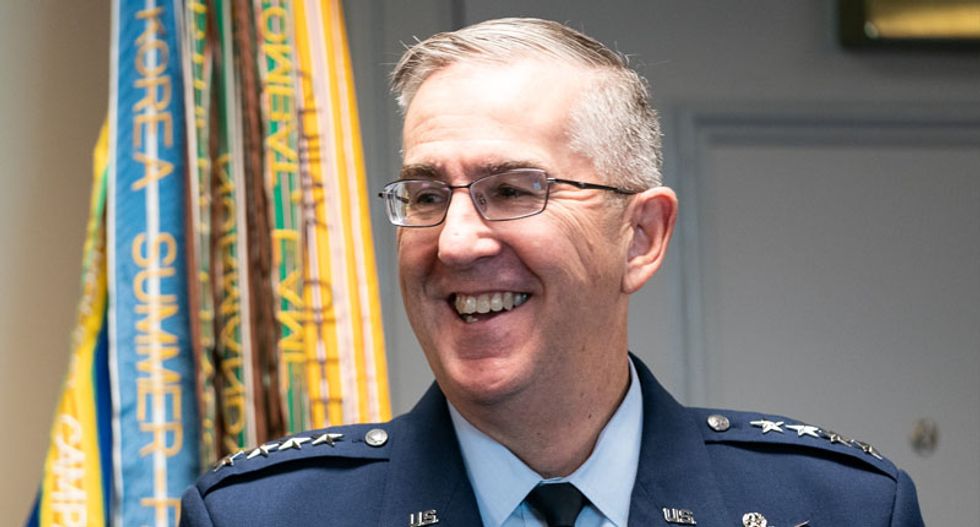 A Washington Post profile on a retired Army Colonel reveals President Donald Trump’s Joint Chiefs vice chairman, Gen. John Hyten, thinks his boss is an “idiot,” and the First Lady is “smarter than the president.”

Col. Kathy Spletstoser, who retired from the Army in 2019 after serving for 27 years, “has accused Hyten of sexually assaulting her more than half a dozen times while she was under his command,” The Washington Post reports, “and then retaliating against her — accusations that he has vigorously denied during a military investigation and in front of the Senate.”

Spletstoser is trying to gain access to records she believes will help her case against Hyten. To support her point, she revealed to The Washington Post a conversation she says Hyten had with her, after he attended a dinner with the president and First Lady in October 2017.

“The president is an idiot,” Spletstoser says Hyten told her. “He is just a businessman without the basic understanding of national security. Everything is a business transaction for him and making money is winning to him and the only thing that matters.”

“I also spent a lot of time talking to Melania Trump about the locations of all our intercontinental ballistic missile fields. She was more inquisitive and smarter than the president.”