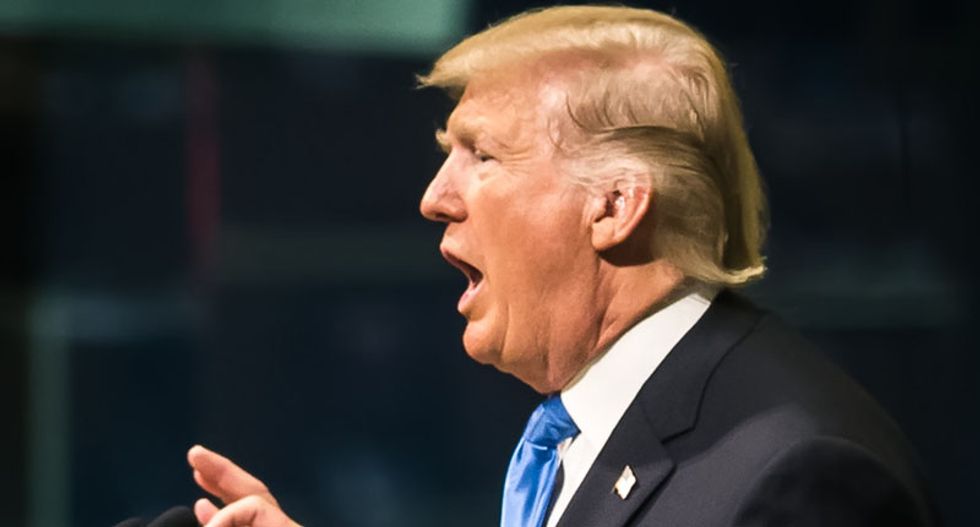 President Donald Trump's niece Mary on Thursday filed a 70-page legal brief responding to efforts to block her forthcoming tell-all book, Too Much and Never Enough: How My Family Created the World's Most Dangerous Man.

"The legal fight over a tell-all by President Trump’s niece took another turn on Thursday when her lawyers filed papers to remove a temporary restraining order, arguing that the confidentiality agreement she signed 19 years ago was an unenforceable fraud," The Daily Beast reported Thursday. "In an affidavit, Mary Trump said that when she inked the agreement, ending a dispute over her grandfather’s will, she believed the asset amounts in it were accurate, but learned they were bogus from a New York Times expose."

The terms "fraud" or "fraudulently" show up 15 times in the brief (PDF).

"In their petition to the New York Supreme Court, Mary Trump’s lawyers wrote that it’s clear the president and his family 'do not want the American public to hear' their client’s story," The Beast noted. "'“But the First Amendment, ordinary rules of contract law, and bedrock equitable principles defeat Plaintiff’s extraordinary and unwarranted request for injunctive relief,' they wrote."

The book is due to hit bookshelves on July 28th. It is already at the top of Amazon's best-seller's list.