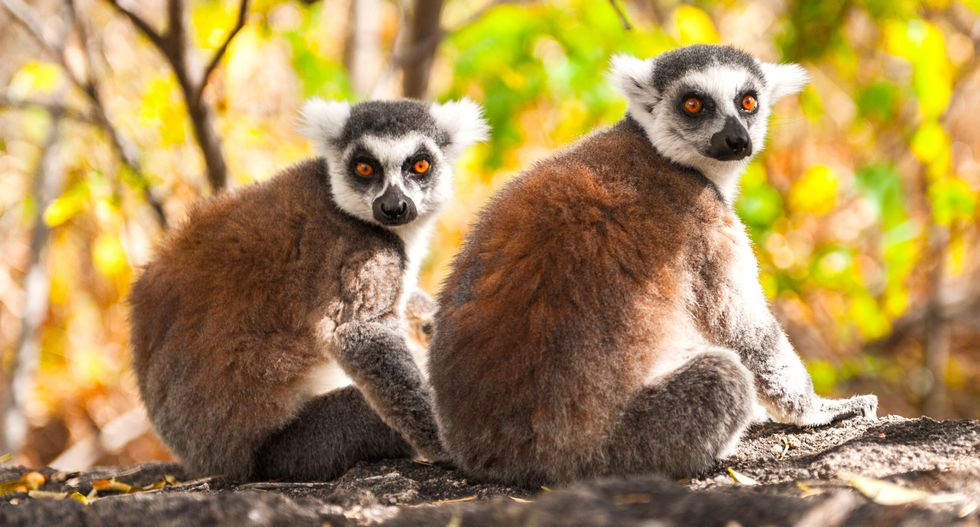 More than one in four of the 120,372 plant and animal species assessed by the International Union for the Conservation of Nature are at risk of extinction.

The U.S.-based Center for Biological Diversity warned Thursday of the "urgent action needed to save life on Earth" in response to a new global assessment revealing that nearly 27% of over 120,000 analyzed plant and animal species are now threatened with extinction.

"At this point it's a matter of political will to rapidly move away from fossil fuels, stamp out the wildlife trade, and overhaul the toxic ways we produce food."

"This assessment shows that one in four mammals are facing extinction, and although we don't prefer to think of ourselves as animals, we humans are mammals," Tierra Curry, a senior scientist at CBD, said in a statement. "We have to take bold and rapid action to reduce the huge damage we're doing to the planet if we're going to save whales, frogs, lemurs, and ultimately ourselves."

"We know what we need to do to end extinction," she added. "At this point it's a matter of political will to rapidly move away from fossil fuels, stamp out the wildlife trade, and overhaul the toxic ways we produce food. We really can do all of these things, but we need world leaders to stand up and do them."

Curry's comments came after the International Union for Conservation of Nature (IUCN) on Thursday announced an update to its Red List of Threatened Species, revealing that 32,441 of 120,372 assessed species are at risk.

"This IUCN Red List update exposes the true scale of threats faced by primates across Africa," said IUCN acting director general Grethel Aguilar. "It also shows that Homo sapiens needs to drastically change its relationship to other primates, and to nature as a whole."

"At the heart of this crisis is a dire need for alternative, sustainable livelihoods to replace the current reliance on deforestation and unsustainable use of wildlife," Aguilar continued. "These findings really bring home the urgent need for an ambitious post-2020 biodiversity framework that drives effective conservation action."

In a separate Center for Biological Diversity statement focusing on the whales found along the East Coast of the United States and Canada, legal director Kristen Monsell declared that "entanglements and ship strikes are pushing these amazing animals to the brink of extinction."

"Entanglements and ship strikes are pushing these amazing animals to the brink of extinction. The United States and… https://t.co/JWUjdbnWw6
— Center for Bio Div (@Center for Bio Div) 1594310103.0

Jane Smart, global director of the IUCN Biodiversity Conservation Group, said that "the dramatic declines of species such as the North Atlantic Right Whale included in today's IUCN Red List update highlight the gravity of the extinction crisis."

While the Red List focuses on species for which there is enough information to assess conservation status, Thursday's update follows a May 2019 report from the Intergovernmental Science-Policy Platform on Biodiversity and Ecosystem Services that warned human activities had pushed a million species to the brink of extinction.

The post-2020 global biodiversity framework is expected to be finalized at the next meeting of the Conference of the Parties (COP 15) to the United Nations Convention on Biological Diversity (CBD), which will likely be held in China sometime in 2021. The event was initially scheduled for October but has been postponed because of the ongoing coronavirus pandemic.

A draft 10-year strategy released earlier this year included a call to protect 30% of the planet's land and ocean by 2030. A recent analysis commissioned by Campaign for Nature found that achieving that 30% goal would not only help halt biodiversity loss, fight the climate crisis, and reduce the risk of future pandemics but also produce billions of dollars in economic benefits.

In January, CBD published Saving Life on Earth (pdf), a plan detailing how the United States can help lead the fight against the global extinction crisis by investing $100 billion to save at-risk species and help create 500 new national parks, wildlife refuges, and marine sanctuaries. The plan also calls for protecting 30% of U.S. lands and water by 2030, and 50% by 2050.

"Humans have never witnessed the profound level of wildlife losses unfolding in front of us right now," Curry said when the center's plan was released. "We are at a planetary turning point that calls for visionary action to save life on Earth. The solutions are within reach. We only need the courage and political will to make it happen."