Video catches woman claiming to be 'doctor' refusing to wear mask at Costco: 'Do you understand science?' 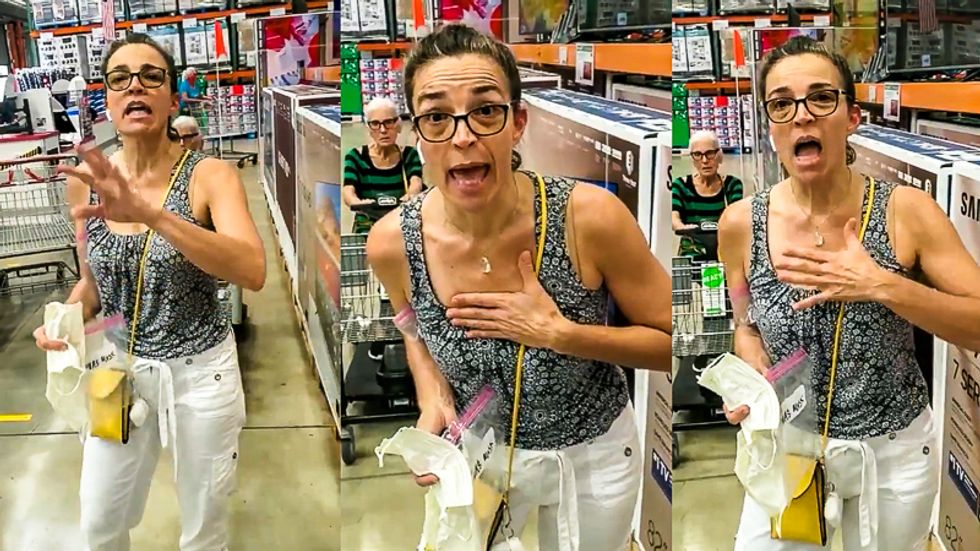 A woman who claimed to be a doctor was chastised for not wearing a mask at a Costco store.

Video of the incident was shared on Twitter on Tuesday.

In the video, a man encourages the woman to put on her mask, which she is holding in her hand. The woman's elderly mother also appears mask-free in the video.

"Call the police," the woman says in a mocking tone. "Shame me like an ass, go ahead."

"You can put it on right now, ma'am," the cameraman insists.

"I'll do that when I'm ready," she replies. "Do you understand science?"

"Science?" the man remarks. "Maybe better than you do. Apparently, I'm the one protecting other people by wearing a mask."

After the man asks for the woman's "credentials," she responds by flashing her middle finger.

"You're about to be escorted out of the store if you don't put on your mask," the man warns.

"You're such a good boy," the woman says sarcastically. "And you know nothing about me."

"What you know about me, ma'am, is that I'm wearing my mask," the cameraman notes.

At that point, a Costco employee vows to "take care" of the problem.