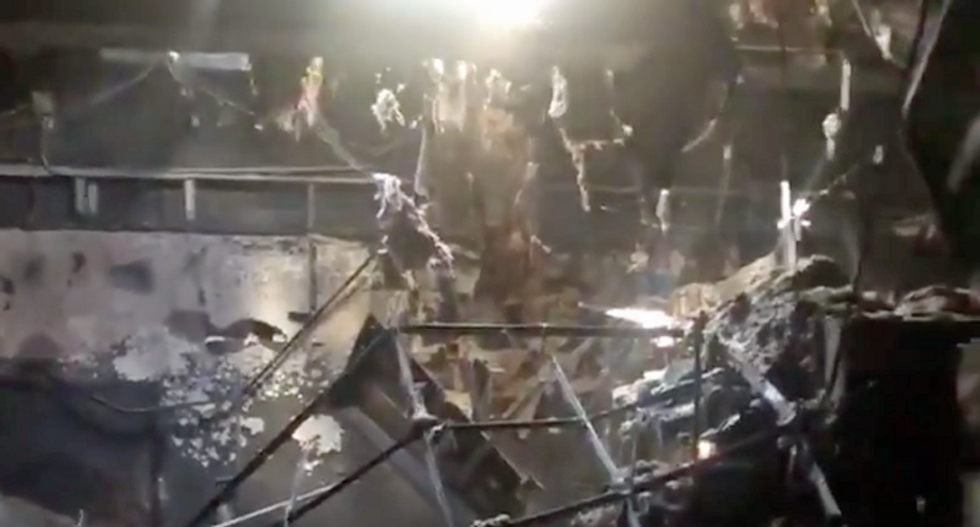 Democrats in Arizona's largest county are fundraising to rebuild after a devastating fire on Thursday evening.

"Investigators believe a fire that caused extensive damage to the state Democratic Party headquarters early Friday in downtown Phoenix was intentionally set," the Arizona Republic reports. "Heavy smoke and fire were billowing from the building around 1 a.m. near Central Avenue and Thomas Road as Phoenix firefighters arrived on scene. They quickly entered the building to search for persons and began a fire attack to put out the flames, according to officials."

The party released video on Friday from inside the structure.

"Phoenix Fire Investigation Task Force and the Bureau of Alcohol, Tobacco, Firearms and Explosives investigators were investigating the fire. Phoenix police spokeswoman Sgt. Mercedes Fortune said the incident is being investigated as an arson based on evidence discovered at the scene," the newspaper reported.

Here are additional images from the scene:

Devastated. We lost our side of the building at the Maricopa County Democratic Party. The fire completely destroyed… https://t.co/fvR6W5t8f5
— Steven Slugocki (@Steven Slugocki) 1595601336.0

At @MaricopaDems HQ. Terrible to see all the work of so many dedicated Americans burn like this. But the election g… https://t.co/zIZZyK4Hf3
— Adrian Fontes (@Adrian Fontes) 1595599167.0