WATCH: Bill Barr's face falls when a reporter asks him about the Roger Stone commutation 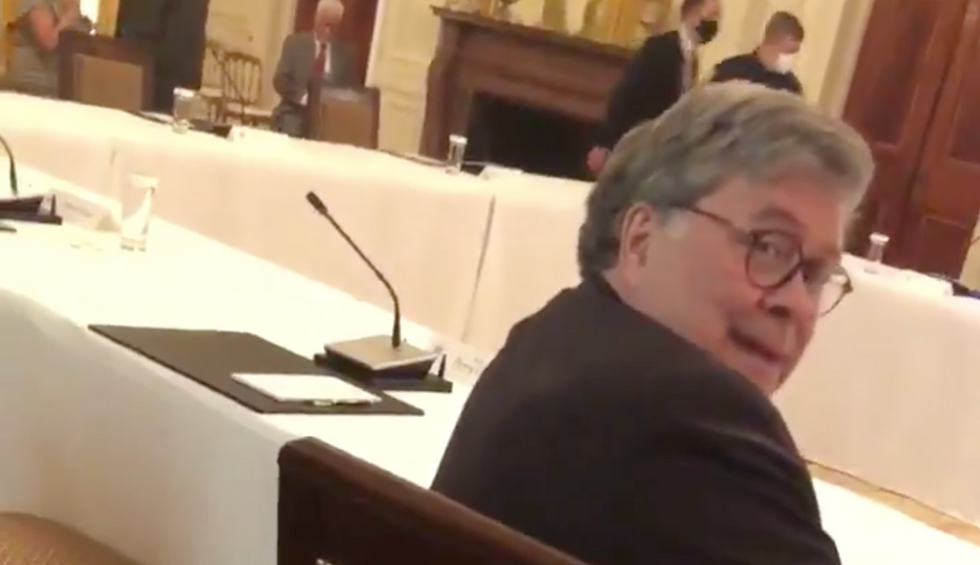 On Friday, President Donald Trump saved veteran GOP operative Roger Stone from federal prison by commuting his sentence. Attorney General Bill Barr, before the commutation, had said that he considered Stone’s prison sentence fair. But when CBS News reporter Weijia Jiang asked Barr to weigh in on the commutation, he had no comment.

Jiang approached Barr, introducing herself and asking the attorney general, “Do you have any comment on the Stone commutation?.” Barr smiled when Jiang first introduced herself, but after hearing the question, he immediately turned away from the CBS reporter and ignored her.

Stone was sentenced to three years and four months in prison for charges that included obstruction of justice, witness tampering and lying to Congress. During an interview with ABC News, Barr said of the sentence, “I think the prosecution was righteous, and I think the sentence the judge ultimately gave was fair.”

But after Trump issued his pardon and Jiang asked Barr to comment, it was obvious that the attorney general and Trump loyalist wasn’t about to say anything critical of the president.