WATCH: Drunk CEO brags about his wealth as he spews racist slurs at California bartender 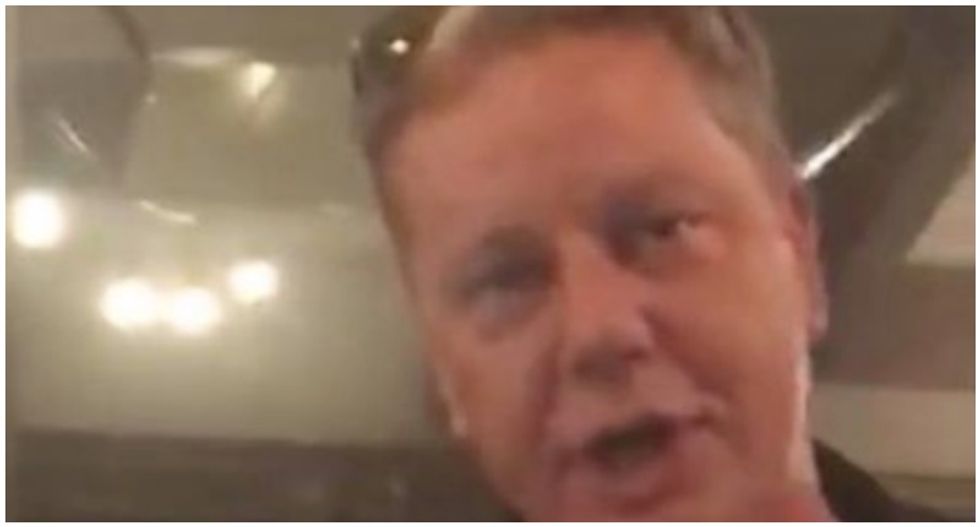 During her shift this Tuesday night at a bar in Fresno, California, Rebecca Hernandez found herself on the receiving end of racist slurs from an intoxicated man. Since she was with only one other co-worker in the bar and feared for her safety, she took out her phone and started recording the incident on video.

“You’re a dark-haired dumbass, sand-n****r motherf*cker,” the man said to her.

“You’re going to be on the internet,” Hernandez told the man, who identified himself in the video as Jason Wood.

“No honey, I drive the internet," he responded.

Hernandez posted the video to Instagram, where it's garnered thousands of views.

According to GVWire, Wood was refusing to wear a mask throughout the evening and became belligerent when Hernandez asked him to close out his tab.

When she asked if he was calling her Saudi Arabian, Wood said, “You’re f*cking stupid like they are.”

As it turns out, Wood is the president and CEO of the digital marketing firm Actionable Insights. Speaking to the Sacramento Bee, Wood acknowledged that he was drunk and was remorseful for his actions, saying that he had "blacked out" during the incident.

“I feel awful about the whole thing,” Wood said. “We had seven or eight beers. It knocked me out. I don’t remember any of that. When I saw the video, my jaw just dropped. I was a jerk."