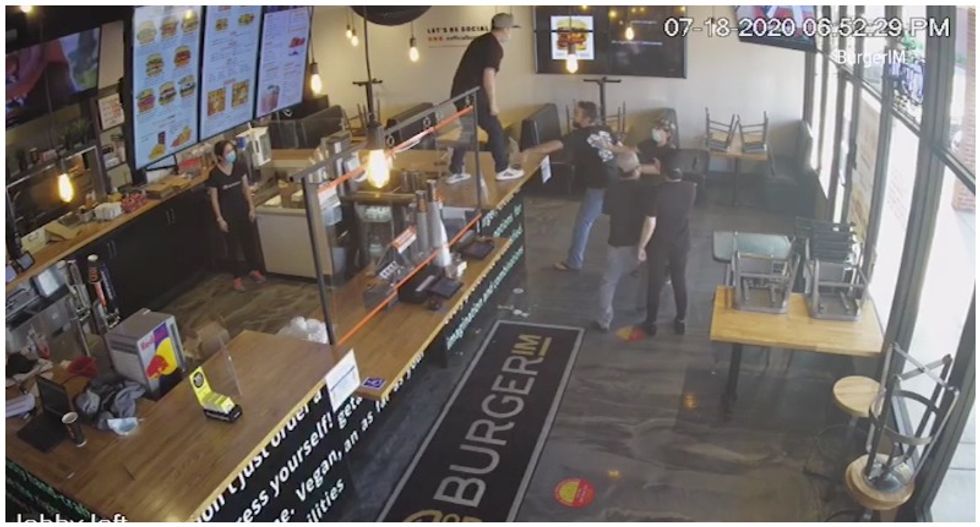 A fight broke out in a California burger joint between the son of the restaurant's owners and a man who allegedly hurled racial slurs after he was told to wait for his food outside, ABC10 reports.

The incident was caught on surveillance video, and it shows the man throw a drink at Stephen Tran who is Vietnamese American.

"He just said, 'F you and your ch--ky policy,' threw the little pager on the table and started walking out," Tran said, adding that the man came "back and started saying, why does he need to get out, and he just called me COVID, told me to get back to China."

Since the restaurant owner didn't press charges, there is no police report and the man's name is not known.

"So he threw his cup at me," Tran said. "And, mind you, that in the middle of a pandemic, it's COVID, so we don't know that he has COVID or not," he said.

Tran then jumped up on he counter, a move that he said was simply a "reflex."

"Just that this guy needs to get out of the store as soon as possible, because he was becoming a danger to all of the staff there."

Watch ABC10's report on the story below: