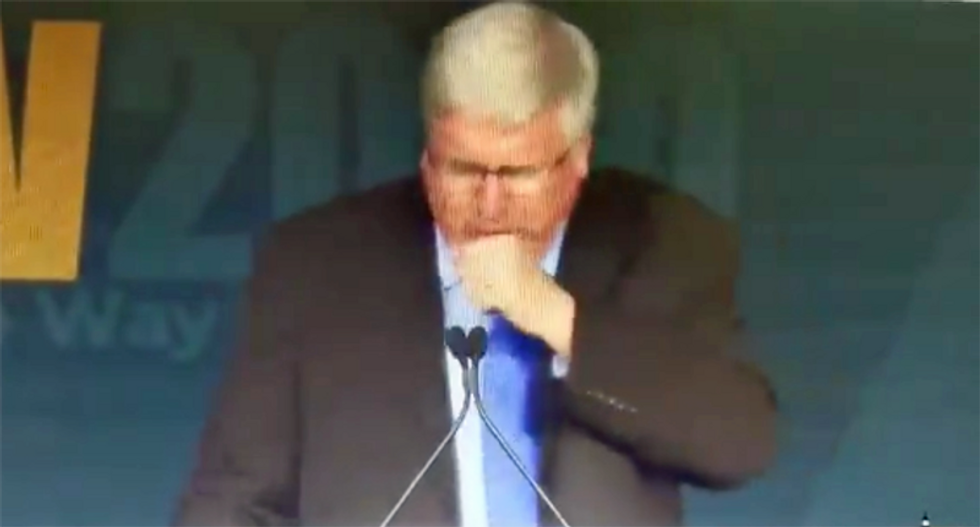 Republicans in the swing state of Wisconsin gathered in Green bay for a mask-optional convention on Saturday.

"Speakers at the convention also praised Trump's handling of the COVID-19 pandemic, including the president's push to reopen the nation's economy and schools. More than 300 people attended the GOP state convention, with few in attendance wearing face masks, as [recommended] by public health officials," the State Journal reported Saturday.

"The state GOP said 322 people attended the convention held indoors at the KI Convention Center. While the party offered free face masks to everyone, Wisconsin Public Television reported that only about a dozen attendees chose to wear one," WPR reported. "U.S. Rep. Glenn Grothman, R-Glenbeulah, gave the most forceful defense of President Trump at the convention, beginning his speech by yelling the president's name so loudly that he momentarily lapsed into a coughing fit."