WATCH: Man confronts anti-maskers in Walmart -- and they accuse him of being ‘antifa’ 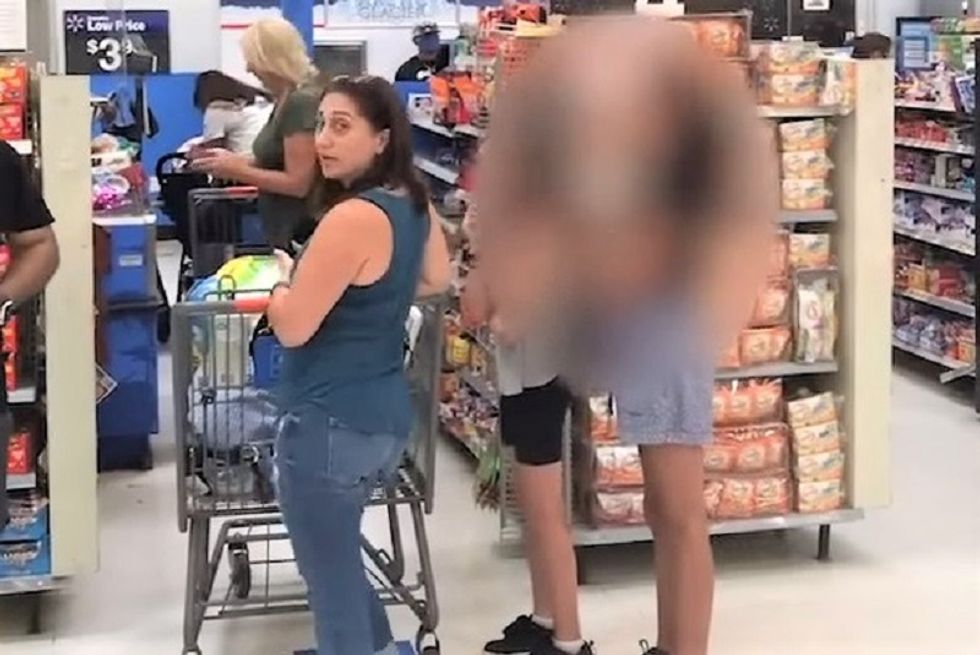 A California man this week confronted several women in a local Walmart for not wearing face masks in the store -- and they proceeded to accuse him of being in "antifa."

San Francisco-based ABC 7 News reports that Brian Campbell-Miller on Sunday took video footage while standing in line at a Walmart in Martinez, California, in which he got into a dispute with several customers who were not wearing masks.

The dispute started when Campbell-Miller told the woman standing in front of him that she should be wearing a mask when she is out shopping.

"She's like, 'Well, I'm not sick,' and I said, 'Well, you know, you don't always show symptoms when you're sick,'" Campbell-Miller explained to ABC 7 News. "And it's about being courteous."

At this point, two other women who weren't wearing masks jumped in to defend the woman by attacking Campbell-Miller.

"You're trying to destroy this country!" shouted a woman who was putting her groceries on the conveyor belt.

"Yes, I'm trying to destroy this country by trying to stay healthy!" Campbell-Miller replied sarcastically. "Please tell me what Fox News told you to tell me!"

At another point in the dispute, one of the women called him "that antifa guy" and accused him of being paid by some unspecified entity to promote mask wearing.