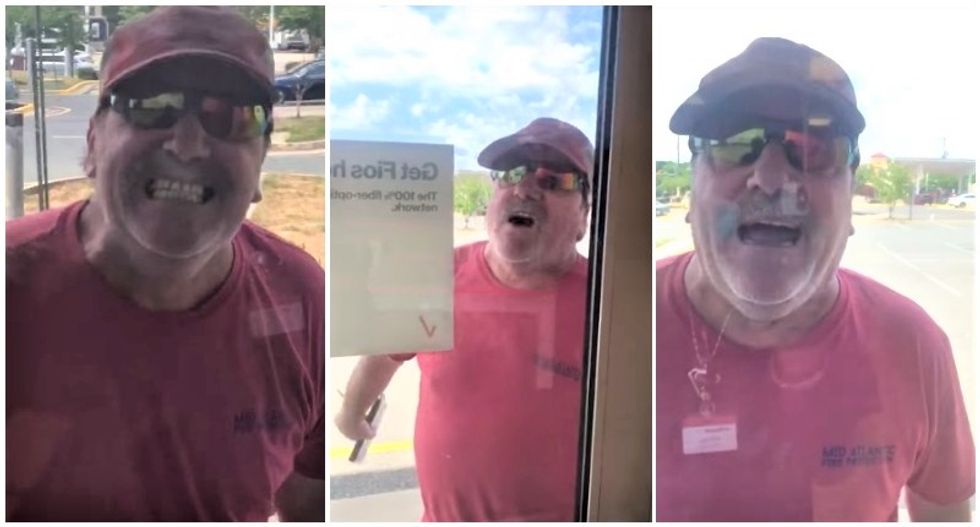 A man was caught on camera this week going off on a racist tirade against a Black Verizon store employee in which he yelled the N-word and pounded on the store windows.

The video of the man, which was posted by Virginia resident Percell Wright on Facebook, begins with the man spitting on the window of the store and yelling unintelligibly.

He then paced for a few seconds before running back up to the window and telling Percell that he was a "f*cking n*gger."

After this, he took what appeared to be a cellphone box and used it to repeatedly pound on the store's windows. He then walked back to his truck for about a minute before again returning to kick at the store's doors, which had been locked.

Shortly after this, a police officer arrived on the scene and the man began screaming at him as well while gesturing toward the store.

Writing on Facebook, Wright claimed that the man stormed into the Verizon store and began "throwing phones" around before "leaving the store claiming he had something else for us" in his truck. It was at this point that he locked the door, called the police, and began taking video of the man's meltdown.

Wright also claims that the man was subsequently charged by officers with disorderly conduct.