WATCH: MSNBC reporter cuts off Arizona Trump fan as he goes on rant about Antifa and killing Black babies 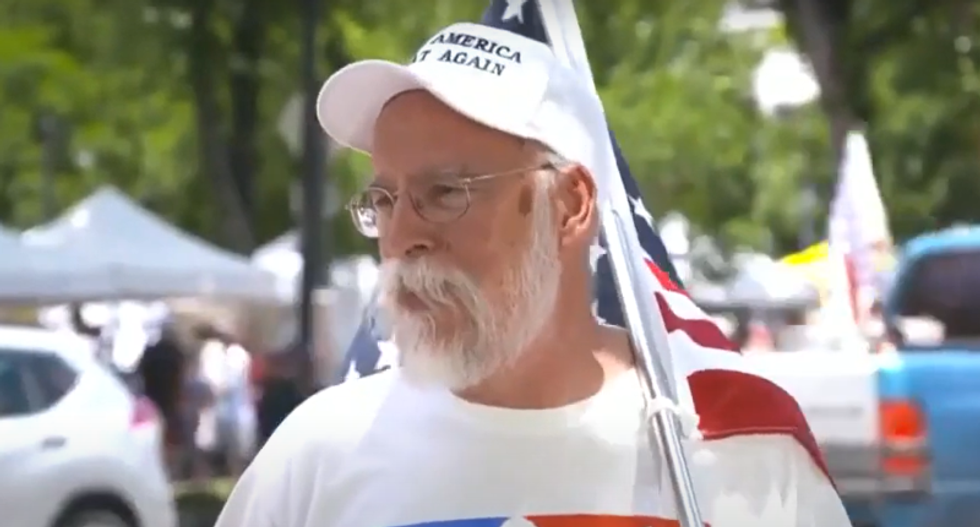 On Saturday, MSNBC reporter Vaughn Hillyard interviewed "Ted," a pro-Trump protester in Prescott, Arizona — and was promptly forced to cut him off as the conversation went off the rails.

"What leads you here today?" asked Hillyard. "And does the lack of masks, including on your part—"

"Well, we're here to support President Trump and the Republican ticket," said Ted. "This is our protest against all the other protests that have been going on in the country trying to take our nation down."

"Are you concerned about the pandemic?" said Hillyard.

"No, we support our police department in Prescott, and we do not support Antifa, which is a communist organization just like BLM," said Ted. "If you listen to the founders of BLM, they're communists. If they cared about Black lives really, they would think about the million abortions of Black babies, and they would think about the thousands of young Black men that are killed in the inner city, but they don't. It's an anti-police organization and Antifa is just as bad. If you notice—"

"We're going to jump over here, all right?" said Hillyard. "We've got to jump over because we're short on time."