WATCH: New Yorker hurls a racial slur – then assaults man after realizing he was caught on video 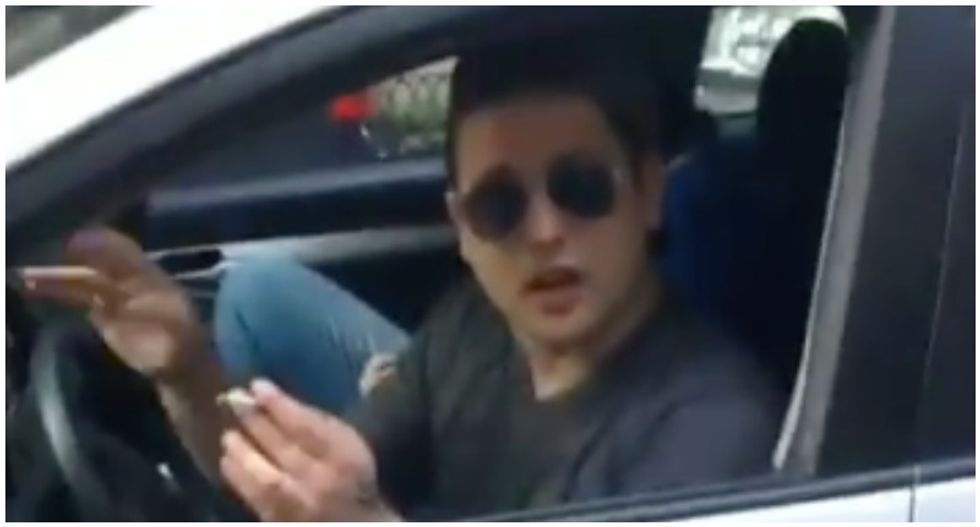 A video posted to social media shows a confrontation between a motorist and pedestrian in New York City, and a candidate for the city's city council is calling on his followers to identify the culprit.

The video starts out with a white man yell from his stopped car for someone to stop blocking the road.

"Are you recording me?" the man says when he realizes someone is pointing a cellphone towards him.

"Racist on the Upper East Side. Find out who this racist person is and let us hold them accountable. This and any other act of racism will NOT be tolerated," Beckford wrote. "As City Council Member of #District45, I will be holding these racists accountable."