WATCH: 'Park ranger Karen' tells Asian family 'you can't be in this country' after scolding them for bringing dog on hiking trail 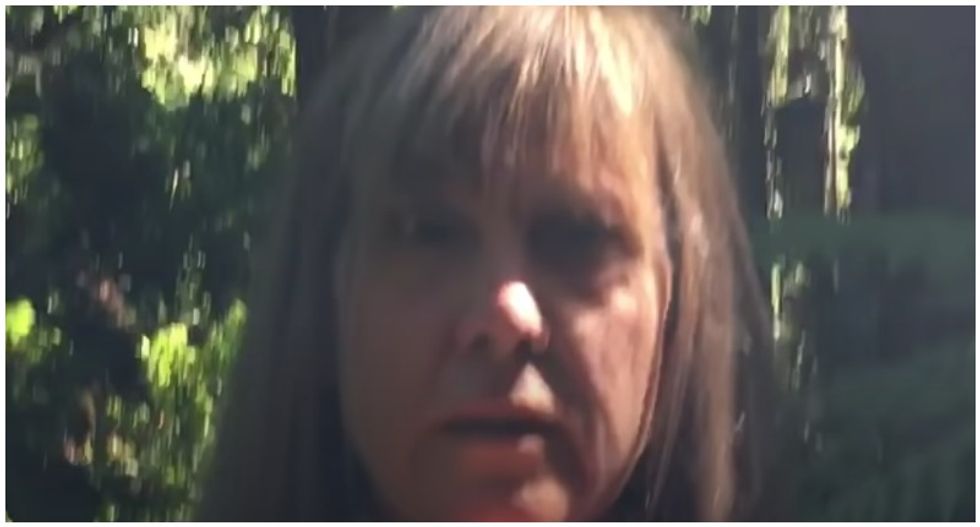 A video uploaded to YouTube this weekend shows a confrontation in Northern California's Marin County between a white woman and an Asian American family on a hiking trail, where the woman told the family they "can't be in this country" after scolding them for having a dog on the trail.

"We decided to take a family hike through a trail in the woods about an hour from our house," the video's uploader wrote in the bio. "We brought our 11 pound Maltipoo with us. Along the hike, we saw several other hikers with their dogs. Everything was fun and friendly. People were saying 'Hello' and practicing social distancing by letting others pass when we crossed paths. After a long hike, we were headed back down the mountain to our car."

That's when they saw a woman and her husband approach.

"The husband passed, but the lady just stood there. So we continued walking. Our 11 year old daughter was in front with our dog on the leash. The lady aggressively stepped in front of our daughter and blocked her path. She began telling our daughter that we were breaking the law. My wife, who was behind our daughter asked what was going on, and the lady told us to turn around and go back to where we came from...more strangeness then ensues."