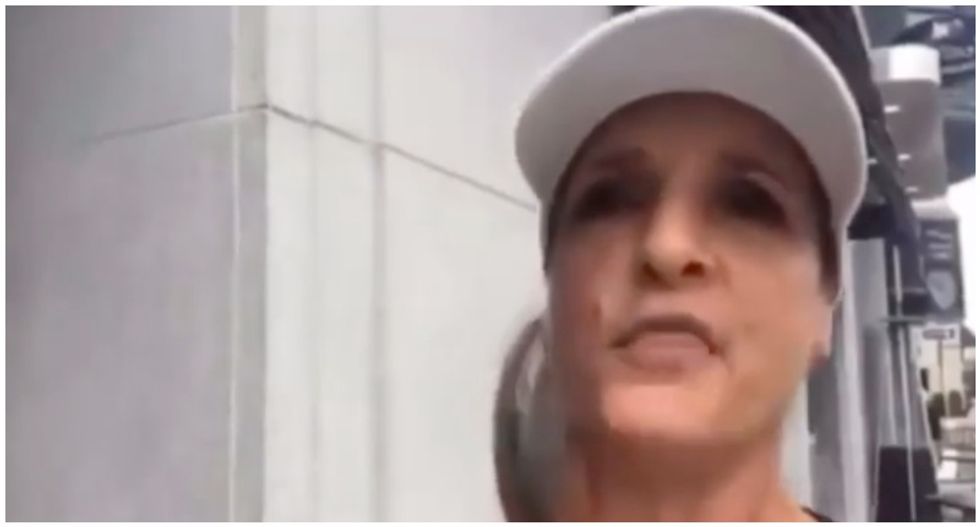 New Hampshire pro-Trump radio host Dianna Ploss has been fired after she filmed herself harassing and berating a construction crew for speaking Spanish to one another.

According to the Daily Mail, Ploss was headed to work on July 10 when she passed by a construction crew and overheard a white worker speaking Spanish to his co-workers.

Ploss then tells the workers they "work for the state," and that they "should be speaking English," even though the worker say they work for a private company.

"Is anyone here illegal?’ she asks before repeating, "It is America. Speak English."

At one point during the video, a Black man approaches Ploss and confronts her.

"Why are you harassing these people?" the man asks.

"Are they in America?’ ... Then they should be speaking English," she fires back before asking the man why he's wearing a face mask.

Later in the video, Ploss berates the man, saying, "He's a Black man, and he's gonna protect the brown man from this white woman who's practicing white privilege because she happened to walk by and heard this guy talking to all these guys doing this work in Spanish."

After her video went viral, a petition began circulating calling for her show to be removed from the airwaves, garnering over 6,000 signatures. On Sunday, radio station WSMN announced that Ploss was "no longer associated or affiliated in any way with WSMN."