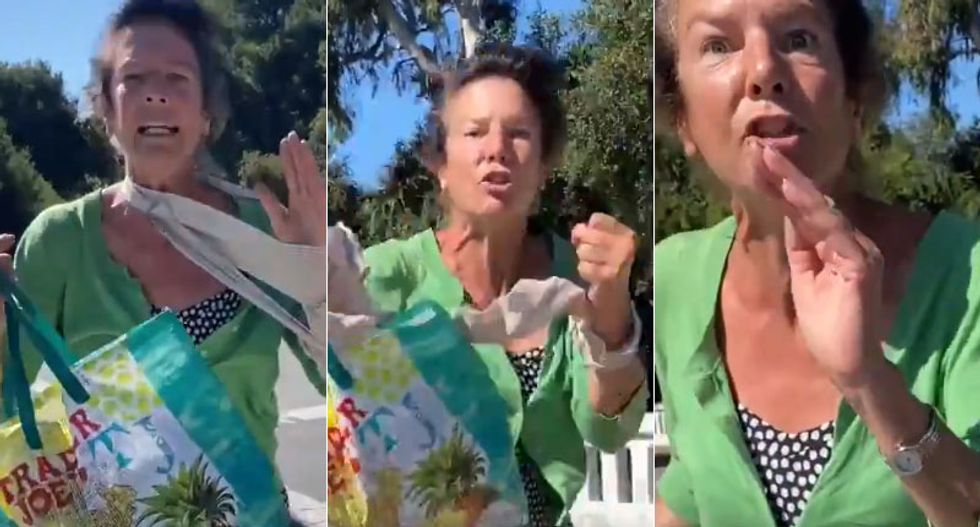 A woman was recently caught on video attacking a Black teenager with her bag on the San Francisco peninsula. The victim says the incident started as he was stretching for his daily jog.

"There's this lady coming behind me, she's getting like really loud and yelling belligerent things at me, telling me to get out of the way,” 17-year-old Steve Johnson Jr. told NBC Bay Area.

In the video, the woman can be seen hitting Johnson with her bag as she yells "get your f*cking camera off of me."

The police later cited the woman for misdemeanor child abuse.

Johnson told NBC Bay Area he easily could have defended himself, but decided not to.

A Peninsula Teen shared video of a confrontation with a lady who he says started berating him as he was about to st… https://t.co/bbqRAKtPe6
— Sergio Quintana (@Sergio Quintana) 1593754894.0