WATCH: White woman calls cops on Latino man when he asks for her insurance after fender-bender 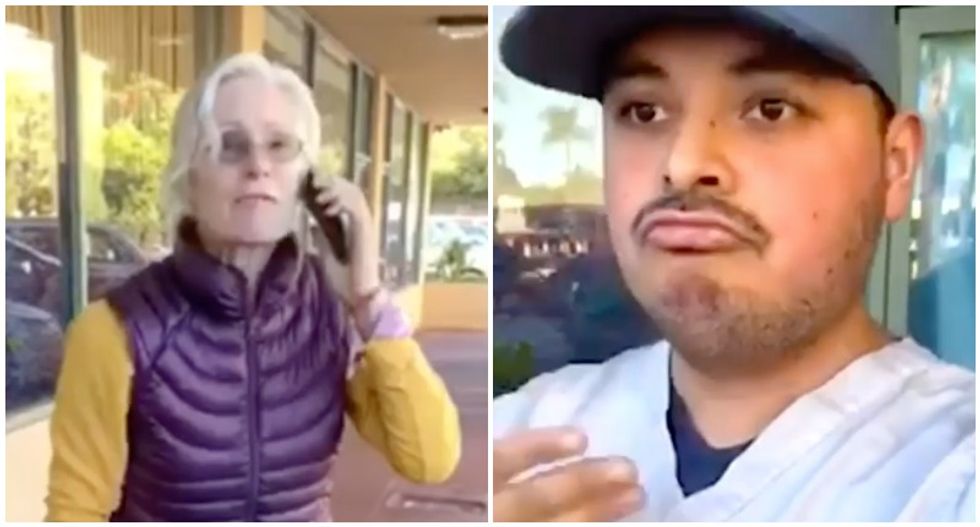 Yet another 'Karen' video is making the rounds, this time showing a woman in a supermarket parking lot calling the police saying she's fearful of a man who asked for her insurance after a minor fender bender.

The video was posted to the Instagram page Karens Gone Wild, and apparently took place in Santa Barbara, California. The man filming the video, who is of Mexican descent, says he simply asked for the woman's insurance after she scraped his side-view mirror with her car, which prompted her to accuse him of being threatening -- an accusation he says she made because he looks "a certain way."

"I do want to give you the insurance I just gotta call 911 first," the woman says. She then yells at the man, saying, "I'm afraid of you!"

Later in the video, the woman admits that she doesn't have her proof of insurance with her.