'We will not delay the election': GOP senator rebukes Trump for trying to derail November vote 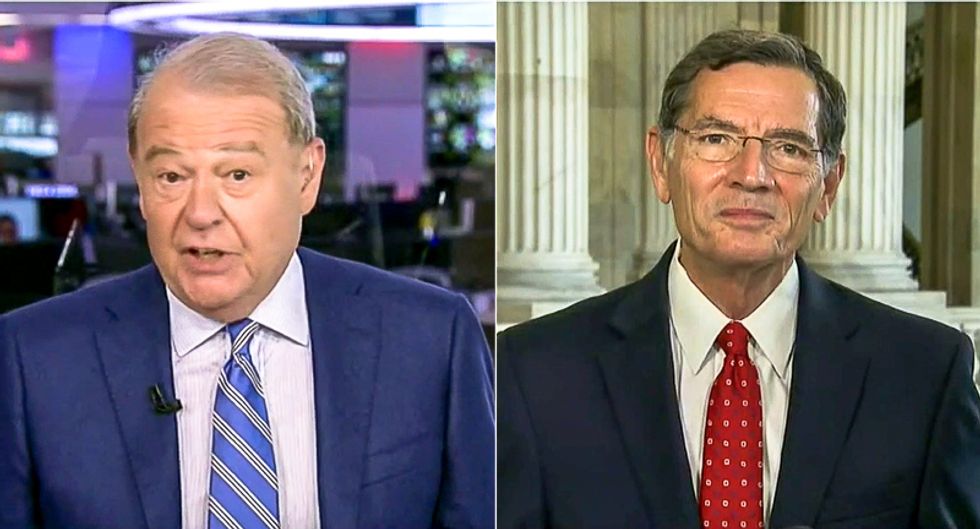 Republican Sen. John Barrasso of Wyoming on Thursday knocked down President Donald Trump's proposal to "delay" the November election because of the coronavirus.

During an interview on Fox Business, host Stuart Varney asked Barrasso about the president's tweet suggesting that the election be delayed.

"That tweet from President Trump came out about 30 minutes ago, really riling the markets and roiling politics," Varney explained. "Delay the vote?"

"I think we're going to vote on election day," Barrasso insisted. "In the lead up to election day, it will be a secure election and we will -- if I have anything to do with it -- we will re-elect Donald Trump president of the United States."

Varney interrupted: "Hold it. Mr. Senator, I do apologize for interrupting you but if we have mail-in balloting the way it's scheduled now, there is absolutely no way you will get an election result on election night or even in the first few days. That means confusion and endless challenges. That is a mess."

"What do you think?" the Fox Business host continued. "Delay the election?"

"No, we're not going to delay the election, Stuart," Barrasso replied. "We're going to have the election completed and voting completed by election day. It's going to take a while to get all the votes counted. I am certain -- we need to continue to do this state by state."

Varney complained that mail-in ballots can not be counted as quickly as traditional ballots.

"It's a mess, Senator!" he exclaimed.

"There's a lot that's changed because of coronavirus," Barrasso admitted. "We have been focused and working making sure elections are secure and we will get results. It's going to take a while, I believe that it will. We may not know on election night the balance of the House of Representatives or the Senate or the presidency."

"But we will not delay the election," he added.