'When the Supreme Court hands down the decision about Trump's taxes - read page 185': Maddow says of new book 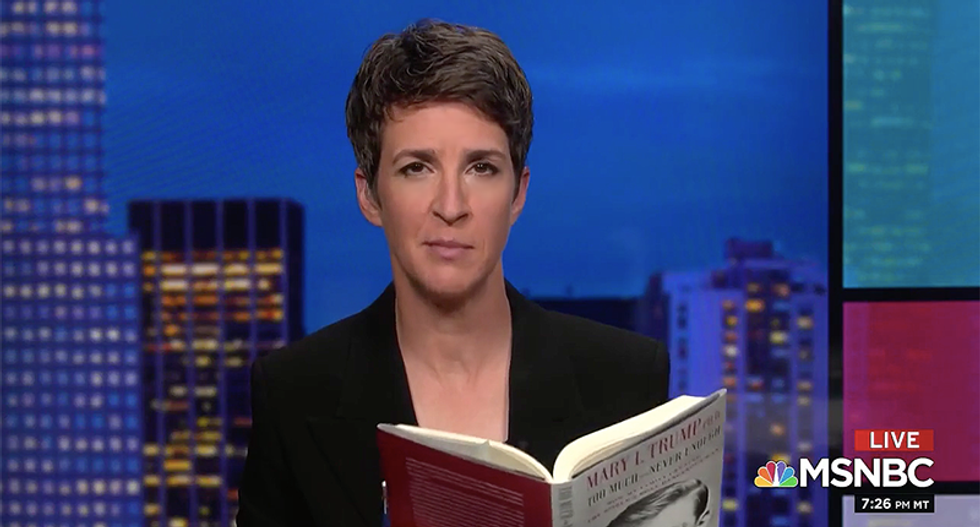 The country is awaiting the ruling on whether President Donald Trump must disclose his financial information as part of New York investigations into fraud. In her Tuesday show, MSNBC's Rachel Maddow explained that she has been through Trump's niece's book from cover to cover and encouraged people to look at page 185, where Mary Trump details how she ended up speaking to the New York Times about the financial records of Trump and his father.

According to the story, Times reporter Suzanne Craig appeared at Mary Trump's door asking about the information. Mary explained that she didn't have any of the documents, but Craig suggested that their lawyer might.

Hobbling on crutches after breaking her fifth metatarsal, Mary Trump went to the lawyer's office where she slipped papers, disks and notes into her bag. Over the subsequent weeks, the younger Trump gathered boxes of information that she delivered under a bridge to an SUV with a reindeer nose and antlers on it.

Over time, Mary Trump discovered that her uncle and aunt had taken all of the money from Fred Trump and siphoned all of his money out of accounts and into trusts.

See the full detailing of the story in the video below: