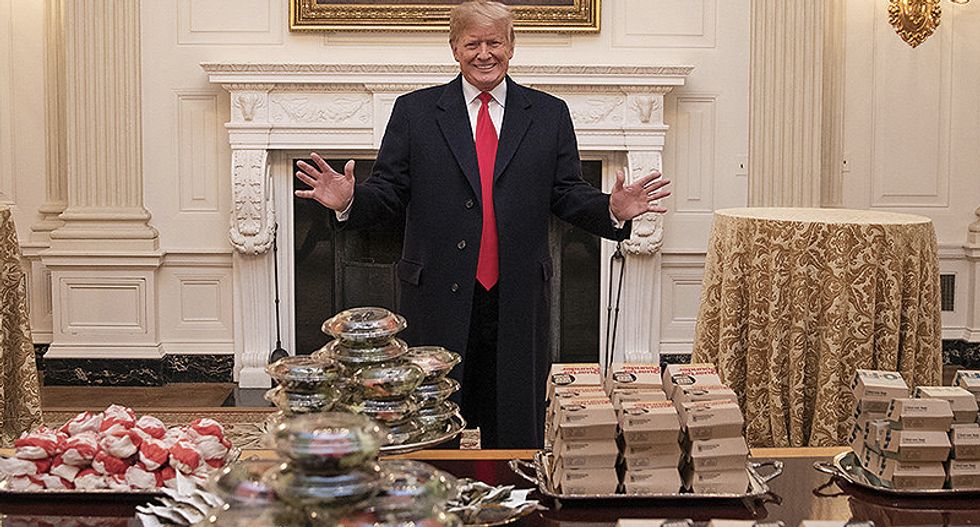 The White House emailed the full staff that the cafeterias in the buildings will be closed after a staffer tested positive for COVID-19.

No contract tracing has been done with staff who may have eaten in the cafeterias.

This is not to be confused with the White House dining room, where a president and their family typically eats.

This isn't the first time a White House staffer has been diagnosed with the virus. Earlier in the year, a butler for the president contracted the virus.