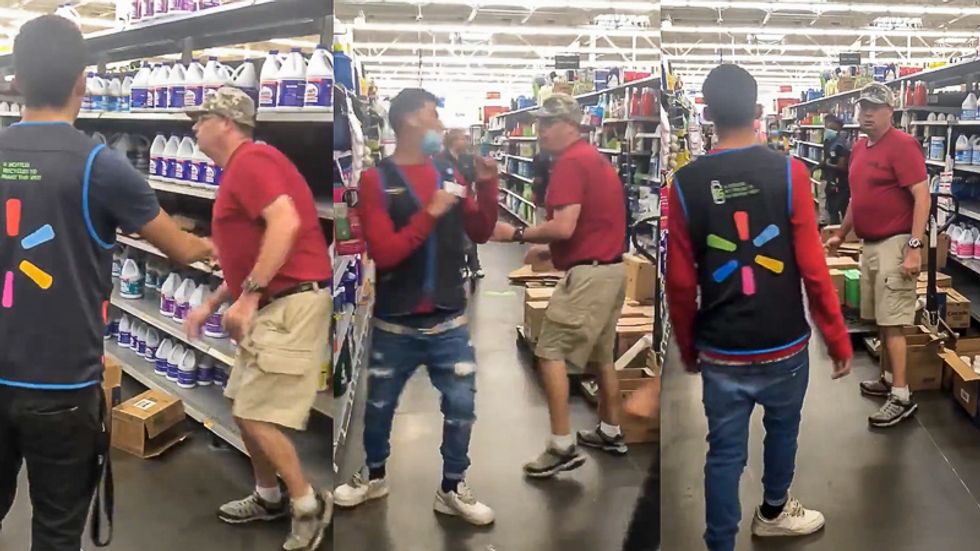 A confrontation between a white man and a Walmart employee was recently caught on video.

The incident was said to have occurred at a Walmart in Arden, NC.

"A man screaming at an employee because his pants are too low," Mat Weber, who recorded the video, wrote in a post on social media. "The same man telling this young AMERICAN to 'go back to his country.'"

Weber recalled hearing the man say the employee's pants were "too low" before the man's shopping partner referred to the staffer as a "thug."

Video shows a confrontation between the two men briefly becoming physical before they both were urged to walk away.

According to Weber, the white customer "touted his service in our country's military" as an excuse for his actions.

"If you don't think discrimination or hatred occur in America today, here's your proof," he continued. "The division and hatred in this country HAVE to stop. The choice is yours every day! Today I choose to reassure a victim that it was not his fault. It doesn't matter who you are. Nobody should treat someone this way."