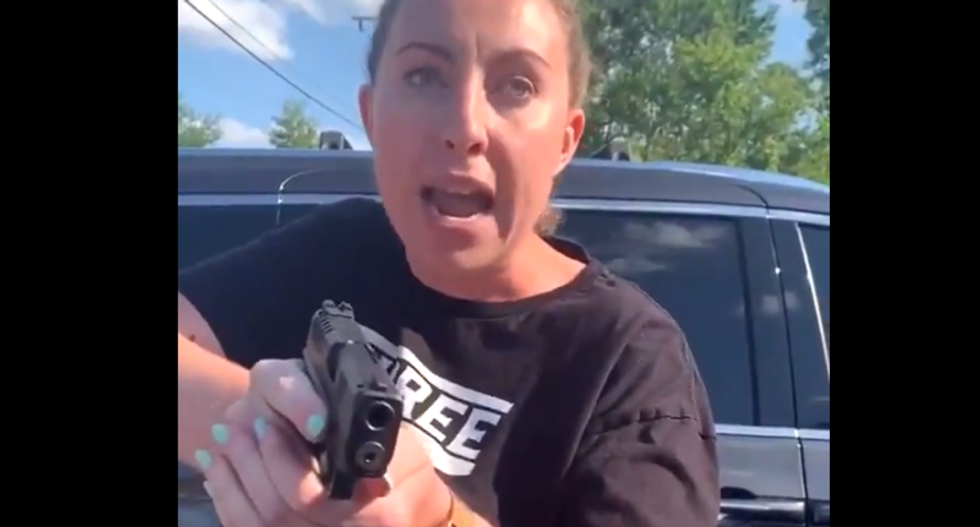 On Wednesday, a viral video showed a white woman outside of an Oakland County Chipotle restaurant in Michigan pulling a handgun on Black women during an altercation.

The incident allegedly occurred after the white woman bumped into one of the Black women.

“Before I could walk into Chipotle, this woman was coming out, and I had moved out the way so she can walk out," Makayla Green told Detroit News. “She bumped me, and I said, 'Excuse you.' And then she started cussing me out and saying things like I was invading her personal space.”

The teen then called over her mother, Takelia Hill.

“I walked up on the woman yelling at my daughter," Hill said. “She couldn’t see me because her back was to me, but she was in my daughter's face."

Green started recording after the altercation moved to the parking lot. The video shows the Black women demanding an apology.

"I care about you, and I'm sorry," the white woman says after getting into her car.

Hill then stands behind the white woman's car, apparently trying to prevent her from leaving.

"Get the license plate!" the Black woman can be heard shouting after the woman backs up.

According to the poster, the woman who brandished the gun was arrested but later released.

In a statement, the Oakland County Sheriff's Office said they had "received many inquiries regarding the incident which occurred at Chipotle in Orion Township last night" and would be holding a press conference on Thursday.

(Note: This story has been updated with additional information.)