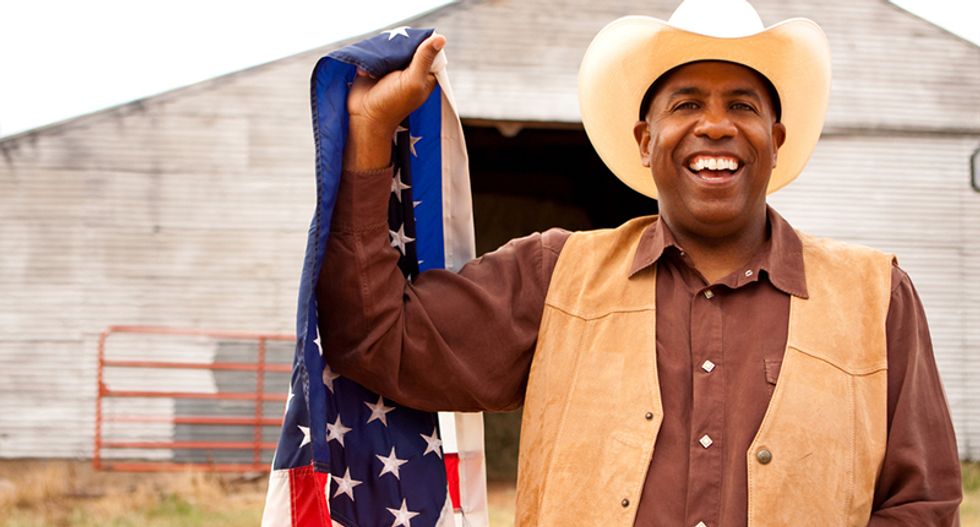 I'm a strong believer in paying attention to the polling averages rather than obsessing over individual polls, but rules are meant to be broken and a survey released on Sunday by The Dallas Morning News and the University of Texas, Tyler has some internal numbers that are worth digging into. So with the caveat that it's a single poll that's subject to error and offers only a snapshot in time, let's take a peek under the hood.

Most reports focus on the topline numbers, which have Joe Biden leading Donald Trump by five points, 48-43. That's somewhat worse for the incumbent than RealClearPolitics average, which shows the state in a dead tie with 45 percent of the vote for each candidate. But this isn't a crazy outlier; Quinnipiac had Biden up by four points in its early June survey, and the former Vice President has led the incumbent by smaller margins in several other recent polls.

The survey also finds Sen. John Cornyn, a Republican, leading likely challenger MJ Hegar 42-29. (Hegar leads Royce West by 13 points among Democratic primary voters ahead of tomorrow's runoff.) That looks like a healthy margin but vote share matters and for a prominent incumbent--Cornyn was a former state supreme court justice and the number two Senate Republican until last year--sitting at 42 percent, with over one-fifth of respondents undecided, is not great. (In RCP's average, which doesn't include undecideds, Cornyn is at 44 and Hegar is at 34.)

Despite widespread criticism of Texas Governor Greg Abbott for re-opening his state against the warnings of public health experts and barring local governments from enacting stricter measures to contain the pandemic--and despite the disastrous consequences of those choices as the pandemic rages out-of-control--it's a good poll for Abbott, who will seek a third term in 2022. His overall approval rate is 55 percent, against only 32 percent who disapprove, although Texans do give him lower marks for his handling of the Coronavirus, 49-40. This is consistent with a bunch of polling data showing that most Americans view their state governments' responses to the Covid disaster more favorably than the federal government's, but this is nonetheless something to keep an eye on as Texas continues to set new records for infections, and especially if Abbott is forced to lock down parts of his state again. Florida Governor Ron DeSantis, Arizona's Doug Ducey and Brian Kemp in Georgia have all seen their approval ratings fall precipitously over their handling of the crisis.

But it's when you dig a little deeper that it becomes clear that all the talk about Texas becoming a purple state isn't just wishful thinking:

There's also been a significant shift in self-reported ideology since UT Tyler's survey prior to the 2018 midterms. In that release, just under 30 percent of Texans said they were "slightly liberal," "liberal" or "very liberal," and 53 percent called themselves "slightly conservative," "conservative" or "very conservative." Only 12 percent identified themselves as "middle of the road" in 2018. Now, 31 percent say they're broadly liberal--an insignificant increase of one percentage point--but the share identifying as broadly conservative has fallen by 8 points in the past two years, and the share saying they're in the middle has more than doubled, to 26 percent.

This, along with a four-point increase in the share of respondents who identify as Democrats since 2018, is consistent with the GOP losing suburban moderates.

One last finding that's worth noting. This is a poll of likely voters, and the pollsters expect the electorate to be a couple of points whiter in November than it was in 2018. In both the latest survey and in 2018, non-white Hispanics represented around 20 percent of likely voters, and this survey broke them down by national origin (unsurprisingly, four-in-five are of Mexican descent) and whether or not they are immigrants or native-born. In Texas, fewer than on-in-five Hispanics are foreign-born, and a majority, 53 percent, come from families that have been in the US for three or more generations. That means a lot of American citizens in the Lone Star State, including many whose parents and grandparents and great-grandparents were also citizens, are likely to be turned off by Trump's xenophobic demagoguery.

The poll surveyed 1,677 likely voters, by phone and online, and has a margin of error of +/- 2.4 percentage points. Forty-two percent of respondents identified as Republicans, 29 percent as Democrats and 19 percent as "neither."