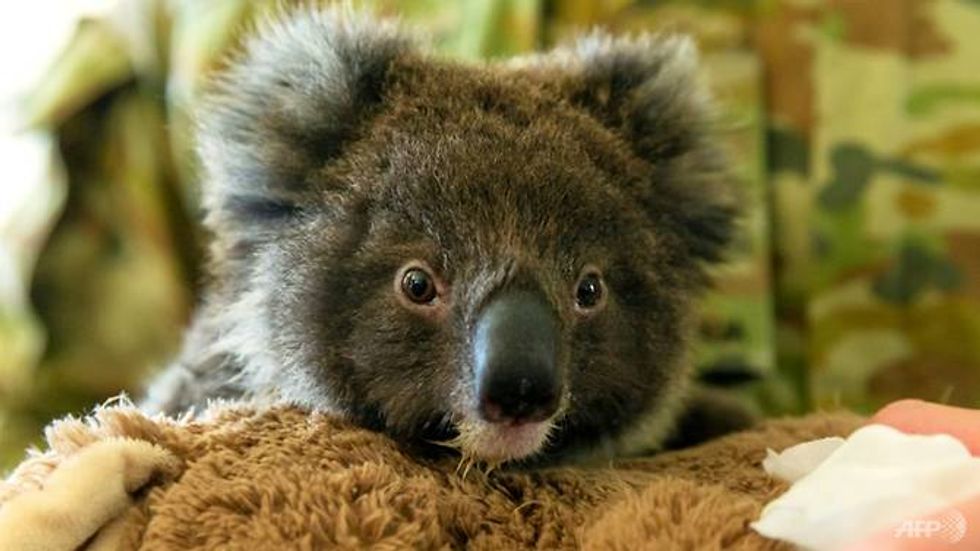 Koalas are classified as 'vulnerable', and have recently suffered massive loss of habitat due to wildfires. (Photo: AFP/Tristan Kennedy)

"If urgent action isn't taken now, NSW is taking a chainsaw to the last koala tree in the bush."

Koalas in the Australian state of New South Wales will be extinct before 2050 "without urgent government intervention," a new report warns.

The report, released Tuesday, is the result of a year-long parliamentary inquiry examining the state of the animal and their habitat. The multi-party committee tasked with the effort was led by Greens Member of the Legislative Council Cate Faehrmann.

Among the key findings was that "following the 2019-2020 bushfires and the general trend of population decline, the current estimated number of 36,000 koalas in New South Wales is outdated and unreliable." At least 5,000 koalas died in the fires.

And, as a result of the scale of koala population losses due to those fires, and "without urgent government intervention to protect habitat and address all other threats, the koala will become extinct in New South Wales before 2050," the inquiry found.

The most serious threat to the koalas is "the fragmentation and loss of habitat." Some parts of koala habitat on public land in NSW witnessed "a devastating loss of up to 81 percent" because of the fires.

The report also laid out 42 recommendations, starting off with a call for state authorities to accurately determine koala population numbers. Rounding out the top three are for the NSW government to "urgently prioritize the protection of koala habitat and corridors in the planning and implementation stages of urban growth areas" and to "fund and support local councils to conserve koala habitat, including by identifying pockets of urban bushland to include in the state's protected area network."

"The only way our children's grandchildren will see a koala in the wild in NSW will be if the government acts upon the committee's recommendations," Faehrmann wrote in the foreword to the report.

7 News Australia reported on the inquiry's recommendations, including the establishment of a national park for koalas:

A NSW parliamentary report into the state's koala population has warned they could be extinct by 2050. Among its re… https://t.co/RZtHOyWYUB
— 7NEWS Australia (@7NEWS Australia) 1593507466.0

According to BBC News, "The state government welcomed the report but did not immediately confirm which recommendations it would adopt."

Deputy chair of the committee Mark Pearson of the Animal Justice Party put the implications of inaction in stark terms.

"If urgent action isn't taken now, NSW is taking a chainsaw to the last koala tree in the bush," Pearson said in a statement.

"This isn't speculation," he said. "This is fact, the experts have told us the decline in koala numbers in NSW is a result of habitat destruction due to logging, agriculture, and coastal development."

The new publication was welcomed by the World Wide Fund for Nature-Australia, which said it should spur government action.

"Deforestation is soaring, killing koala homes and food," he added.

Blanch said NSW has taken some good steps, like better koala habitat mapping. "But," he stressed, "koalas are fast heading towards extinction across vast areas of the state and relying on National Parks alone as a conservation intervention simply will not be enough."

He called on Premier Gladys Berejiklian to take steps including "a transition out of logging koala forests and into plantation."

Efforts need to happen at the federal level too, Blach said, as he called the Environment Protection and Biodiversity Conservation Act (EPBC) inadequate to protect koalas from extinction.

The upcoming report based on the law's 10-year statutory review—and its potential "revisioning" and impacts on koalas—was noted by Australia-based legal center Environmental Defenders Office (EDO).

Rachel Walmsley, the Sydney-based director of Law Reform and Policy for EDO, warned that the law could become victim to the federal government's "deregulation agenda" that "pre-dates both the horrific bushfire season and the Covid-19 pandemic. Part of this agenda is delegating environmental responsibility to the states. Yes, the states with the laws that cannot even protect koalas," she said.

"Rebuilding and restoring ecosystems burnt by bushfires and sustainably managing landscapes scarred by climate change, extreme weather, and drought will require laws to deliver a long-term vision for human and environmental health and resilience," said Walmsley, as she warned against "[s]hort-term responses to the Covid-19 pandemic that focus solely on immediate economic stimulus measures—by reducing environmental protections or public involvement through fast-tracking infrastructure projects."

She suggested the fate of the iconic animals in the wild is at stake, asking, "Are Australians really content for koalas to become relics in zoos?"