Would Trump be cruising to re-election if Ivanka had married Sean Penn instead of Jared Kushner? 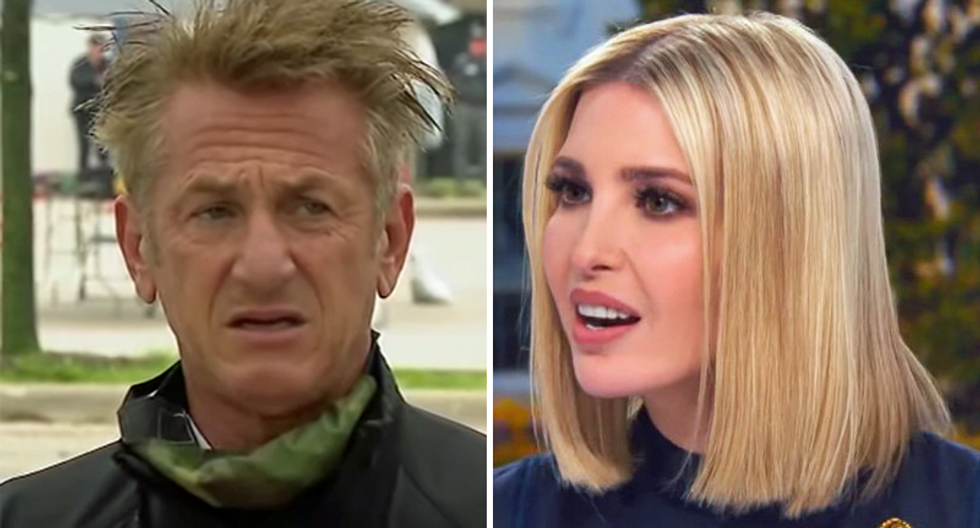 MSNBC anchor Lawrence O'Donnell on Friday presented what he described as a "Friday night thought exercise" on the 2020 presidential election.

"If Ivanka Trump had married Sean Penn, would Donald Trump be on his way to a re-election victory tonight?" O'Donnell asked.

"Okay, stay with me here, this will only take a minute," he continued. "And Sean, if you are watching, don't worry -- you are going to be okay with where this ends up."

He then laid out his case for why Ivanka should've married the actor, who has been married to Madonna and Robin Wright.

"We have a coronavirus testing crisis in this country tonight because Ivanka Trump married Jared Kushner, who history will surely judge to be the second-worst human being working in the Trump White House, second only to Donald Trump and, yes, worse than Stephen Miller because Jared Kushner's wedding ring gives him more power than Steven Miller."

"Sean Penn started with one pilot program close to home for him in California, and his organization, CORE, is now running 44 testing sites throughout the country, including mobile units within the Navajo Nation," he continued. "But because Ivanka Trump married Jared Kushner, there is no national testing program and because of that Donald Trump is far behind Joe Biden in the polls."