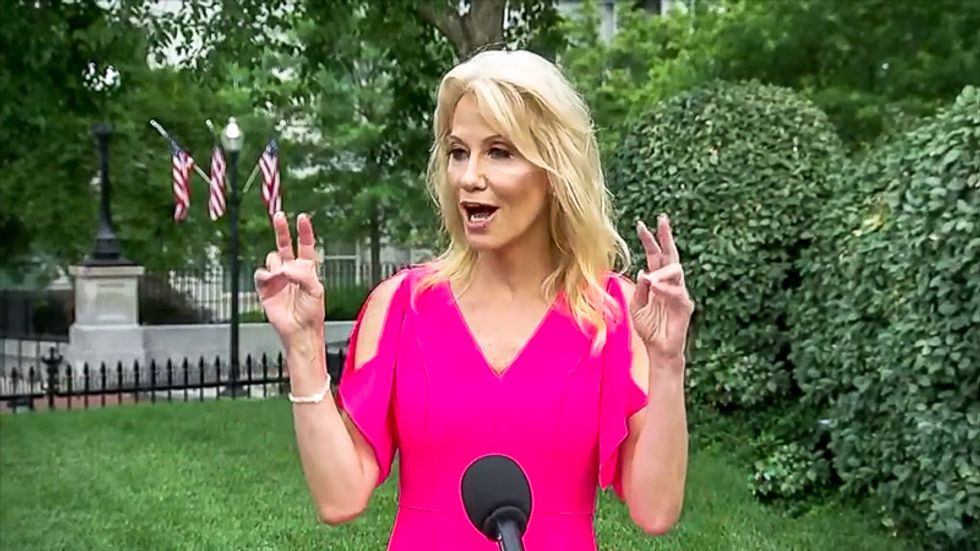 White House adviser Kellyanne Conway clashed with reporters on Wednesday over a racist video that was shared on Twitter by President Donald Trump.

While taking questions outside the White House, NBC's Kristen Welker asked Conway about a video tweeted by Trump in which a man shouts "white power."

Conway noted that the president had eventually deleted the tweet.

"Does he need to condemn white power?" Welker asked.

"He condemned it by taking it down," Conway replied. "He never heard that. He doesn't support that phrase. This is a president that has worked for all Americans. If you're not going to cover the other side of the coin, respectfully, everything he's done for African-Americans, Hispanics, Asian-Americans, vulnerable populations."

"It's not a three-day-old story," the reporter pressed. "Because there's a reckoning on race in this country. That's going on now. And the president still hasn't come out and condemned it."

"White power," the reporter said. "It's a longer story."

"No, it's a longer story because you want it to be," Conway remarked. "Because you think you decide how the president speaks and what words and punctuation he uses. And it doesn't work that way. America sees what he's doing for this country."