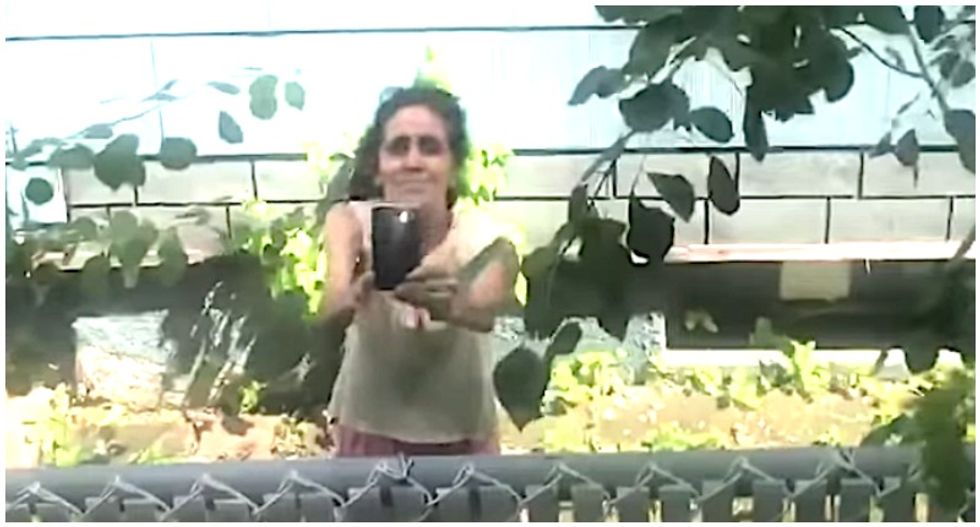 Video of a New York woman spewing racist tirades at her Black neighbor, who also happens to be an NYPD police officer, shows why she's been the subject of NYPD complaints for years, SILive reports.

The woman, Lenore Arce, has been a resident of the Staten Island neighborhood for 20 years. According to Lisa Williams, the NYPD officer who filmed the incident, Arce's behavior has been going on for years, saying she receives the verbal barrages “every day” and can’t even go in her own backyard without listening to her launch into a racial tirade for “no reason.”

“This woman is a nuisance, she’s been a nuisance to everyone who lives in this neighborhood,” Williams said. “It’s just too much and it’s not stopping.”

Other residents in the area tell similar stories as Williams', saying the second one leaves their house and locks eyes with Arce, the abuse begins.

"It's the norm now," one neighbor said.

District Attorney Michael E. McMahon is aware of the issues facing the neighbors and “has worked diligently to address the concerns of the community regarding this issue, and has utilized our office’s resources on multiple occasions to dispatch various social services in an attempt to find a suitable outcome to this situation,” a spokesman for McMahon’s office said.

“Unfortunately, this is a case where law enforcement is severely limited in the tools available to us,” the statement continued. “While we will continue to do all we can to provide assistance, the City has other community and social service agencies which are better equipped to take the lead, and we strongly encourage them to work with us and the community to solve this challenging problem.”