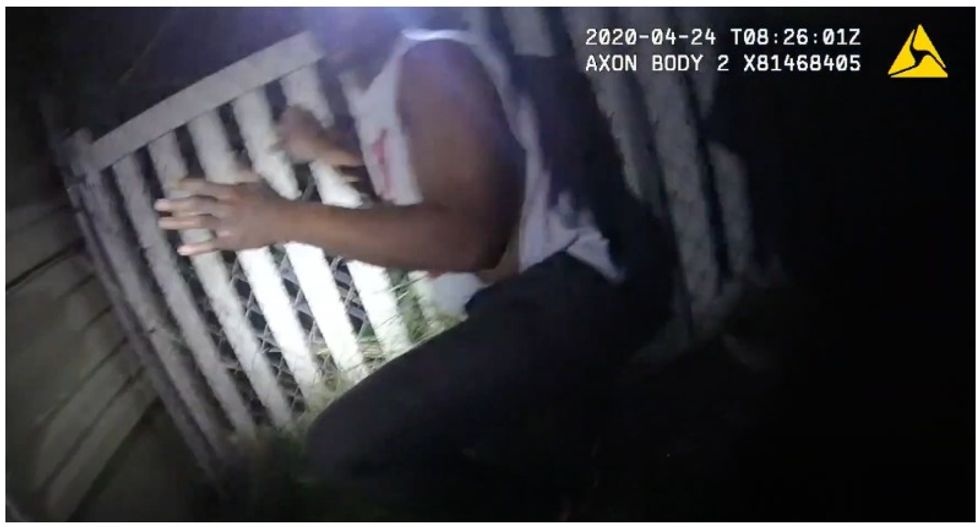 After someone overheard him arguing with his wife, the police were called to Jeffery Ryans' Salt Lake City home. As a Black man who grew up in Alabama, Ryans told the Salt Lake Tribune that he knew to obey police instructions -- but ultimately it wasn't enough.

“I wasn’t running,” Ryans said. “I wasn’t fighting. I was just cooperating. We’ve been through this. We’ve seen this. Always cooperate with the police, no matter what.”

Bodycam footage shows Ryans kneeling on the ground with his hands in the air, but the K9 officer still unleashes the dog.

The footage shows the dog latch on to Ryans' leg, all while another officer sits on top of him and handcuffs him. The K9 officer continued to order the dog to attack as it thrashed Ryans' leg.

Ryans said the incident made him feel like a "chew toy."

“I didn’t know why this was happening to me. That’s what was going through my mind. Why?” he said.

The Tribune says that Ryans is in the first stages of filing a lawsuit against the Salt Lake City Police.