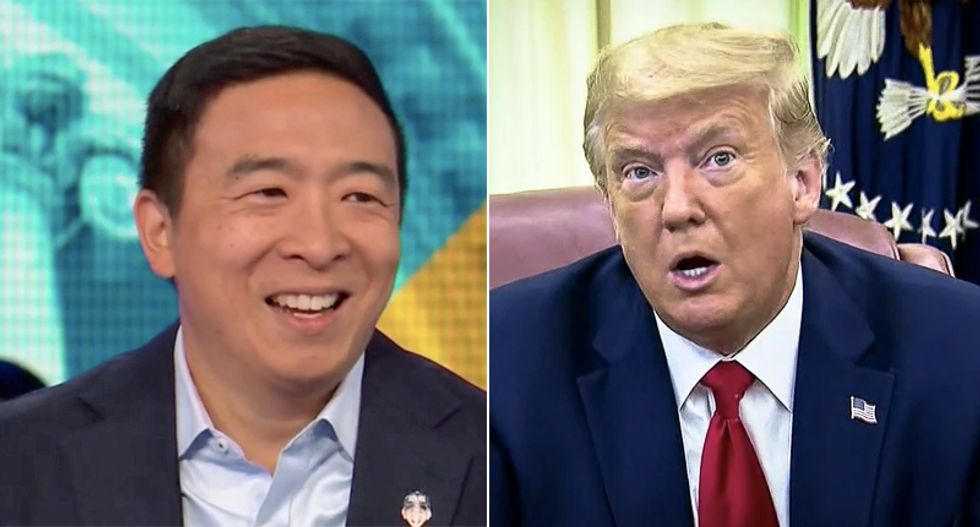 Speaking on a CNN panel, the man joined senior political reporter Nia-Malika Henderson noted that Biden is going to need help with Black voters from the Obamas, which wasn't a problem in 2016 but among the pandemic things are different.

"I think that's where somebody like Kamala Harris comes in as well," said Henderson. "She has a line into all sorts of organizations. She went to an HBCU, and there's 107 HBCUs all across the country. Some in states like Michigan, Pennsylvania, and Ohio. She's a member of the Divine Nine, AKA sorority. I think some of the energy and the networking and the urging folks to get off the couch. I think that's where some of that energy is going to come from. If you think about what happened in 2016, 1.5 million African-American voters stayed home from those that showed up in 2012. So, that's where I think the potential and the focus has to be for this campaign."

She also noted that the stuff happening with the post offices and the new birtherism campaign against Harris might mean that people show up even earlier to vote.

When asked if he believes the polls, former presidential candidate Andrew Yang said that the national polls, which predicted Hillary Clinton's popular vote win but missed the state losses. Yang said that this time around, the state polls are showing the important numbers needed to more accurately predict the result. The true fear he has is around the votes being counted. If the post office can be protected from Republicans trying to destroy it, then he expects Trump will lose.

"Van, are you that confident?" asked Anderson Cooper. Jones said he wasn't, and he's "scared."

"I understand, Van. It's scary, but the math is looking good," said Yang. "A number that might make you feel better, 72 percent of Americans think this is the worst time they've ever experienced. That's a terrible climate for an incumbent. It's one reason why I think Trump is on track to lose."