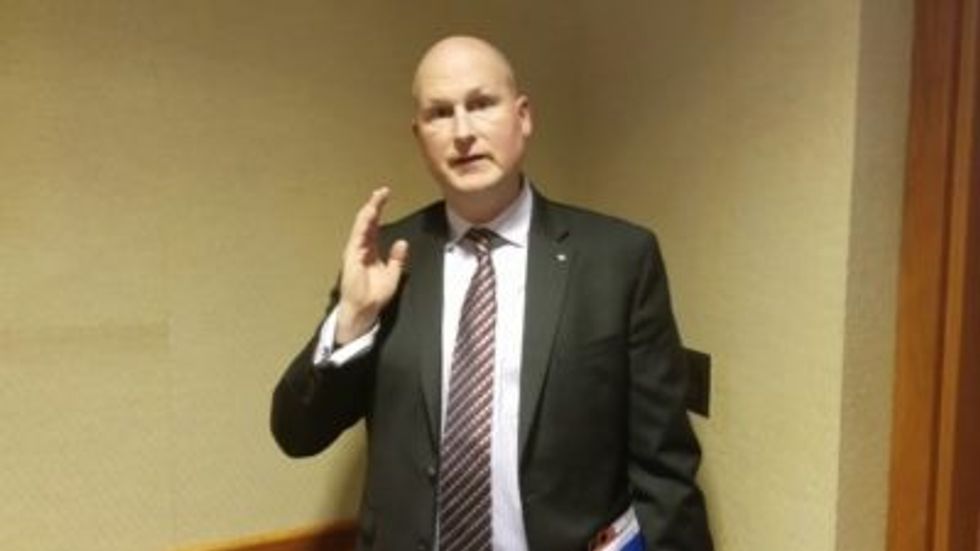 Tinderholt, who had previously compared the shutdown and mask mandate to "government overreach" and "socialism," said that his first symptoms of COVID-19 consisted of mild joint pain that turned severe, bad headaches and a loss of taste and smell. Then, his symptoms took a turn for the worse.

"I truly thought last Friday was gonna be my last," Tinderholt wrote to the Texas Tribune. He told the publication that he and his family had been wearing masks in public even though he himself had proposed calling together a special session of the Texas legislature to overturn Abbott's executive order making mask-wearing mandatory for all Texans.

"I would like for people to try to mitigate risk by wearing masks," he said. "But wear them because you think it's right. I'm sure it works to some degree — it just didn't for me."

He remains in recovery with nausea, a cough, and breathing difficulties.

“Therefore, if we allow government to continue to grow one more iota over this level of threat, then we are ushering in the very foundations of socialism. The question I would encourage you ask yourself is this: do you want to be the governor who helped socialism take root in Texas or one who stood for freedom in the midst of great pressure? I know we both stand for freedom and personal liberty over socialist ideals. However, they will take root if we do not permanently change this course now.”

He has also proposed legislation to criminalize abortion, has said that immigrants dying at the southern border are the only way to stop immigration into the U.S., complained about a judge who upheld the Supreme Court's decision legalizing same-sex marriage (though he himself has been married at least four times), and was once placed under an ethics investigation for “misplacing” $15,000 in campaign funds.