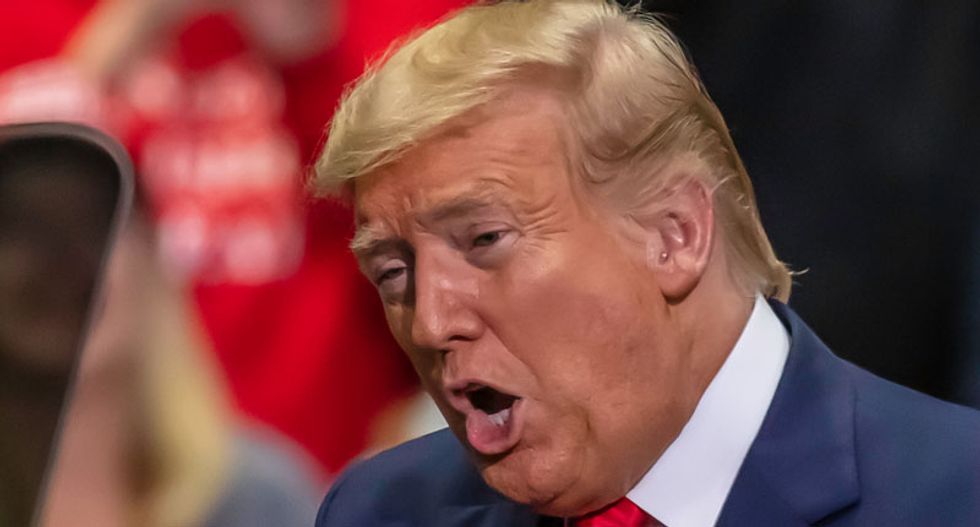 The U.S. now has over 5.7 million confirmed Covid-19 infections and nearly 177,000 people have died nationwide.

As the GOP's 2020 convention kicked off Monday and Republicans officially nominated President Donald Trump for reelection, new polling revealed that a bipartisan majority of Americans disapprove of how the president and federal government are handling the ongoing coronavirus pandemic.

The poll results from the Associated Press-NORC Center for Public Affairs Research also came as the number of confirmed Covid-19 cases in the United States topped 5.7 million and the nation's death toll neared 177,000, according to Johns Hopkins University's global tracker.

"This is the most important election in the history of our country," Trump, who is slated to speak every night the convention, said in an unscheduled appearance Monday, accepting the nomination. "Our country can go in a horrible direction or in an even greater direction."

The pollsters found that 68% of all voters disapprove of Trump's handling of the coronavirus outbreak. There were divisions across political lines: 93% of Democrats, 71% of Independents, and 31% of Republicans don't approve of Trump's response to the public health crisis.

Overall, only 31% of respondents approve of how the president has handled the Covid-19 crisis—another record low after hitting 32% last month, but within the newer poll's margin of sampling error, which is is +/- 4.1 percentage points.

The poll also found that compared with July, more U.S. voters now somewhat or strongly disapprove of how the federal government and leaders in Congress are handling the pandemic. The share of respondents that disapproves of the federal government's response rose from 55% to 57% over the past month, while disapproval of the congressional response increased from 58% to 65%.

Those surveyed also indicated that the government isn't doing enough to help the financial situation of public schools, individual Americans, or small businesses: 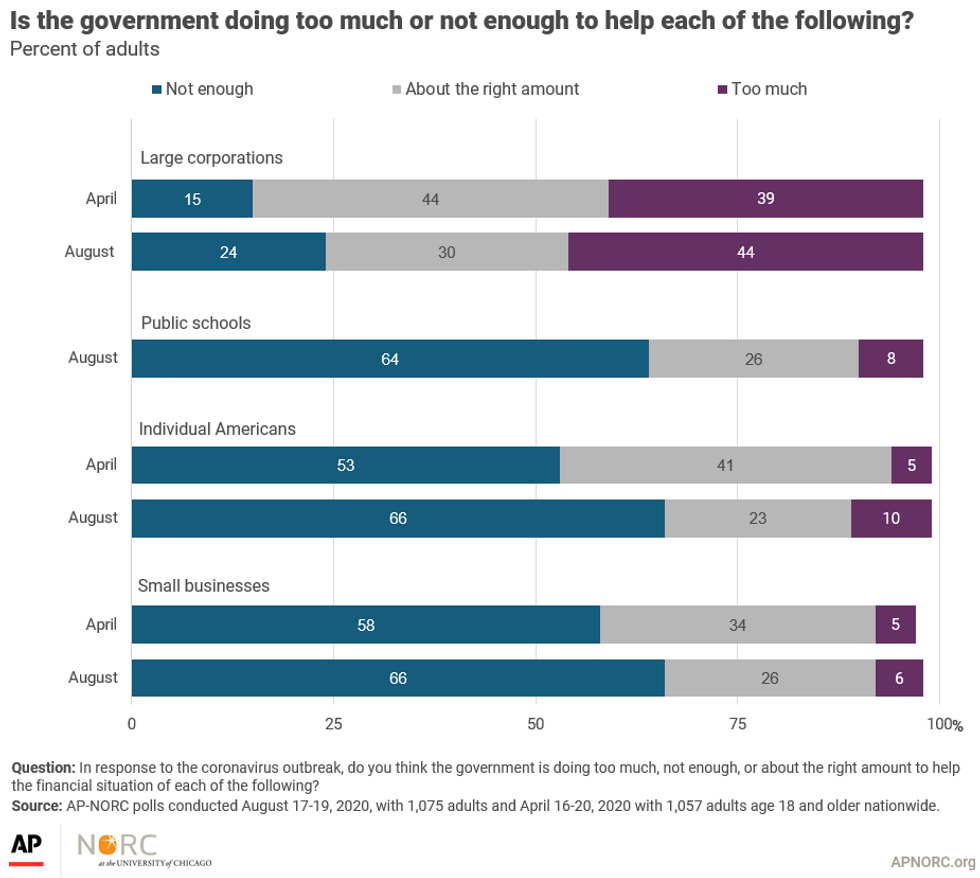 "The poll was conducted after Congress left for its August recess without passing a new round of pandemic assistance," the AP noted. "House Democrats approved a $3 trillion relief package that included money for schools, state and local governments, and other entities, but Republicans balked at the price tag and some of the provisions. It's unclear whether lawmakers can break the logjam when they return to the Capitol in September."

House Speaker Nancy Pelosi (D-Calif.) called members of her chamber back to Washington, D.C. to vote Saturday on the Delivering for America Act, which would would reverse Postmaster General Louis DeJoy's recent operational changes, prohibit additional changes until the pandemic ends, require that all election mail be treated as first class, and provide the U.S. Postal Service with $25 billion in emergency funding.

In response to widespread charges that DeJoy—a Trump appointee and GOP donor—and the president were sabotaging the USPS for political gain, the postmaster general said he would suspend changes but not reverse those that have already been implemented until after November election, in which Trump will face Democratic presidential nominee Joe Biden. Amid mounting calls for his ouster, DeJoy testified Monday before the House Oversight Committee.

Meanwhile, Senate Majority Mitch McConnell (R-Ky.) continues to ignore demands from progressive lawmakers and people across the country that he call senators back to vote on the House-approved Delivering for America Act or the Health and Economic Recovery Omnibus Emergency Solutions Act (HEROES) Act, Covid-19 relief legislation that the lower chamber passed in May.