As Mike Pence was ranting about Wisconsin protesters -- Kenosha was peaceful 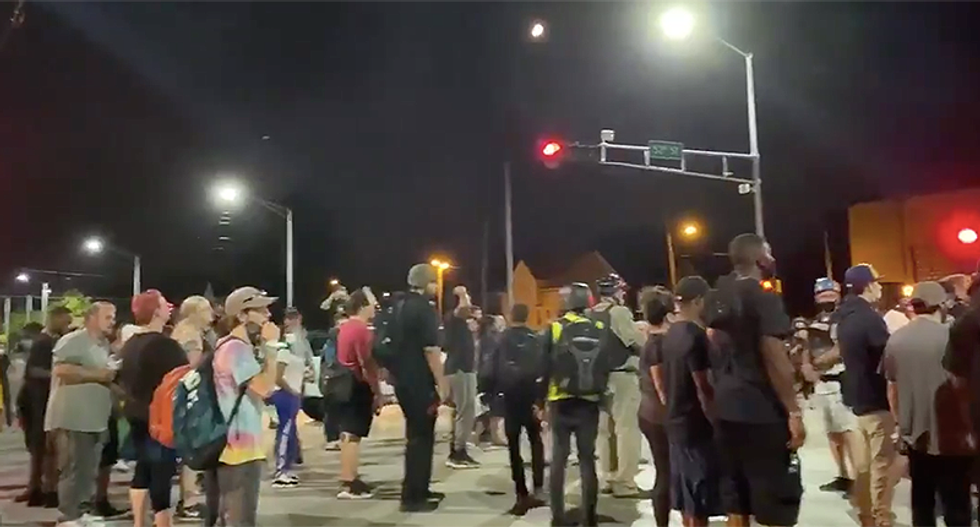 Vice President Mike Pence took a moment of out his Republican VP speech to demand law and order and bash the protesters that have taken to the streets after another unarmed Black man, Jacob Blake, was shot by police.

To make matters worse, the protests last night ended with two dead after an armed 17-year-old supporter of President Donald Trump took the call for "law and order" to heart and killed two people.

But as Pence was shaming the protesters and demanding "order," the protests were winding down after a peaceful night without incident. Unlike previously, the police didn't rush the protesters at the curfew. Instead, they stayed back, and everything came to a close without any more death. The crowd is currently peacefully marching.

Protests are currently peaceful in Kenosha. The number of protestors are enormous. https://t.co/LiGWwK6ToE
— 🆃🆁🆄🆃🅷 (@🆃🆁🆄🆃🅷)1598499567.0