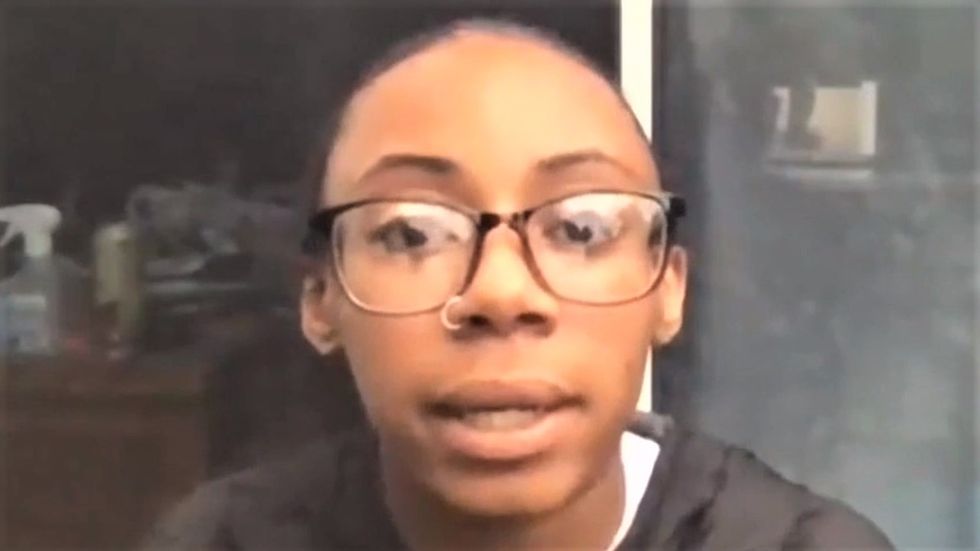 A Black Army veteran wanted to show her support for her local police department by attending a "Back the Blue" rally -- but she says she wound up getting "greeted with backlash and racism."

Local news station WHAM 13 reports that three-year U.S. Army veteran Tatyana Conner attended a "Back the Blue" rally in Sodus, New York, where she was repeatedly called the N-word by rally attendees.

"As I'm on the corner, I just hear the N-word being called out," she said. "Someone told me to take a knee, and that's the part where I was like, 'Okay, these people really don't care that I am out here to literally support what they are doing'. Instead, they just saw me for the color of my skin."

After seeing a video of how Conner was treated, the organizers of the rally have apologized to Conner and said that racism has no place within their movement.

"It was not the intention of the rally organizers and the vast majority of people showing support to and for accountable law enforcement to cause anyone harm or alarm," said Wayne County Sheriff Barry Virts. "It is disgusting that anyone would use hateful language at a rally, in public or in private conversation. Racist and hateful speech is never acceptable."