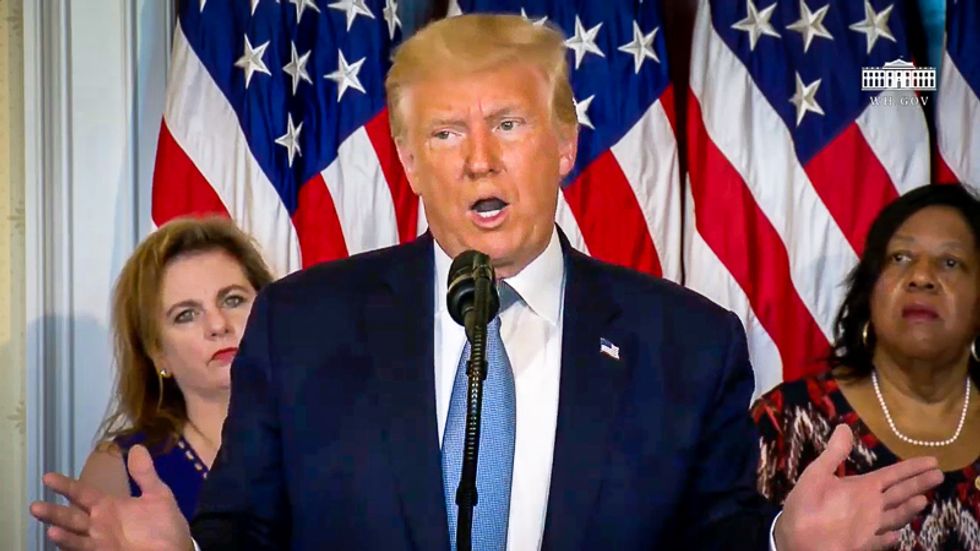 In assessing Trump's speech, Granderson argued that it was "more of the same" of what we've heard for the past four years, and it's unlikely to change anyone's minds.

"We know who this man is," Granderson said. "You know, and many of us who covered the campaign in 2016, as I did, we recognize who his supporters were."

Granderson went on to say that the tragic recent events in Kenosha, Wisconsin showed that all Americans need to take their rhetoric down a notch and listen more to one another instead of simply calling one another names.

"Secretary Clinton called his supporters 'deplorables,' so I think both sides need to re-evaluate how we talk about each other," he said. "I believe that both Democrats and Republicans have lost a little bit of control when it comes to civility."

However, he made clear that he didn't expect that President Trump would ever deliver anything better.

"President Trump... truly isn't a Republican, he's not a Democrat, he's a narcissistic assh*le, so we can't use him as the barometer for whether or not the parties need to find civility," he said.