Black man scolds white man for punching 'Nazis' with a bat at BLM protest: 'Black people are going to get blamed' 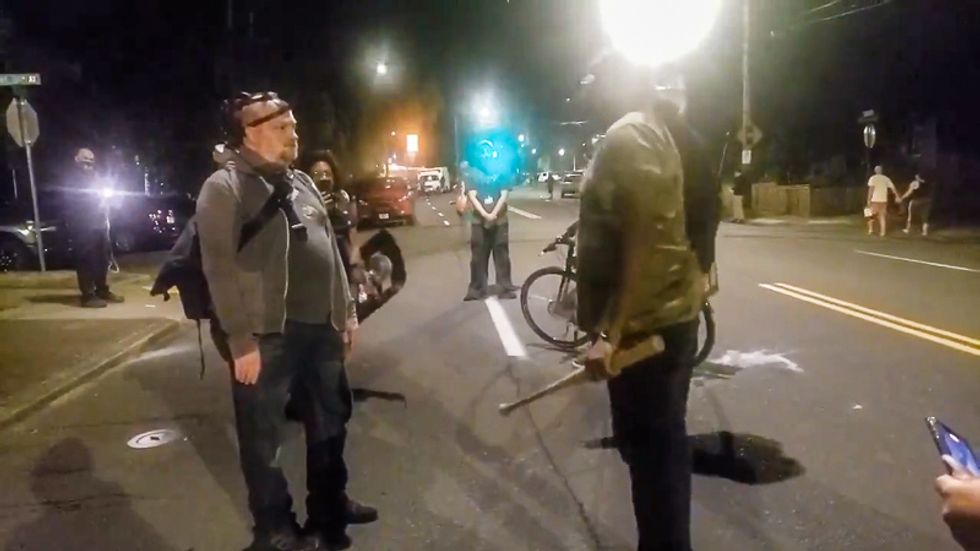 A white Black Lives Matter activist was castigated by a Black man after he brought a baseball bat to a protest in Portland.

Video captured by Jorge Ventura shows a group of Black Lives Matter activists forcing several white men, who were referred to as Nazis, to leave the area where they are protesting. One white man repeatedly pushes a bat into the men, forcing them to move forward.

As the video continues, the confrontation escalates until the men who are being pursued flee the scene.

In a second video, a Black man can be seen scolding the white man who had used the baseball bat on the so-called Nazis.

"I got a gun, you know what I did?" the Black man shouts. "I left that shit in my office. I don't bring that shit down here. Realize what's going to happen... Black people going to get blamed for that. They are going to sit up here and change the narrative of this protest."