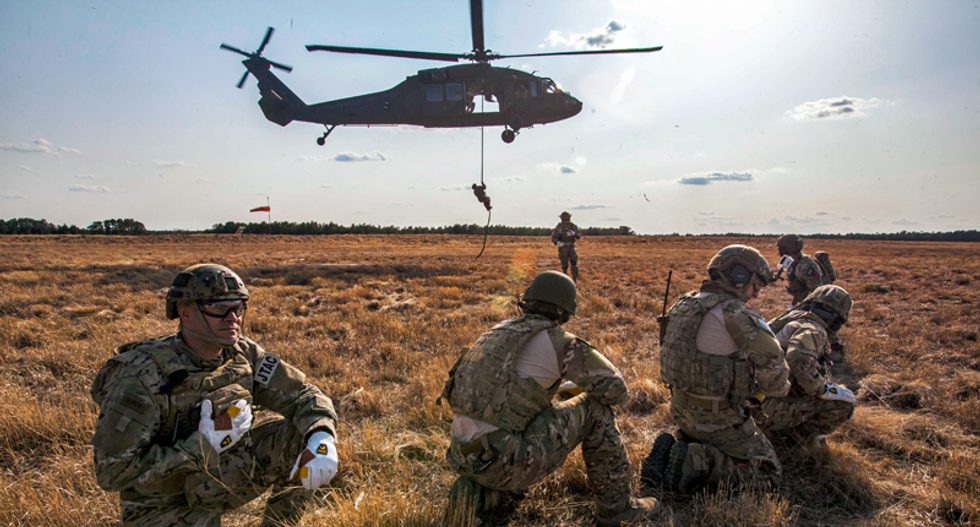 "The Secret Service sought to bolster its protection of the White House with surveillance aircraft and a Blackhawk helicopter carrying a 'fast rope' commando team after crowds protesting the police killing of George Floyd knocked down temporary barricades and one man got onto the complex grounds in late May, according to newly obtained government correspondence," The Washington Post reported Thursday.

"That breach — combined with the throngs of protesters that converged outside the White House the night of May 29 — prompted agents to rush President Trump to a reinforced bunker and spurred a deeper concern about the White House’s vulnerability," the report noted. "In a letter a week later, the Secret Service asked U.S. Customs and Border Protection to provide aircraft that could be used in a rapid-response helicopter operation, the records show. Customs and Border Protection ultimately provided the agency with live information from a surveillance plane, but the Secret Service determined that the helicopter was not necessary, according to administration officials familiar with the plans, who spoke on the condition of anonymity to describe internal discussions."

CBP deployed a Predator drone to monitor protesters in Minneapolis.

"In a June 5 letter, a top Secret Service official asked CBP for use of a Blackhawk helicopter equipped with special 'fast ropes.' The agency proposed the aircraft could be used to rapidly drop six tactical agents for emergency missions, to help officers under threat and to descend on crowds from overhead, according to government records," the report noted.

The letter was sent days after Trump's June 1st controversial photo-op with a Bible which followed the gassing of peaceful protesters in Lafayette Square.