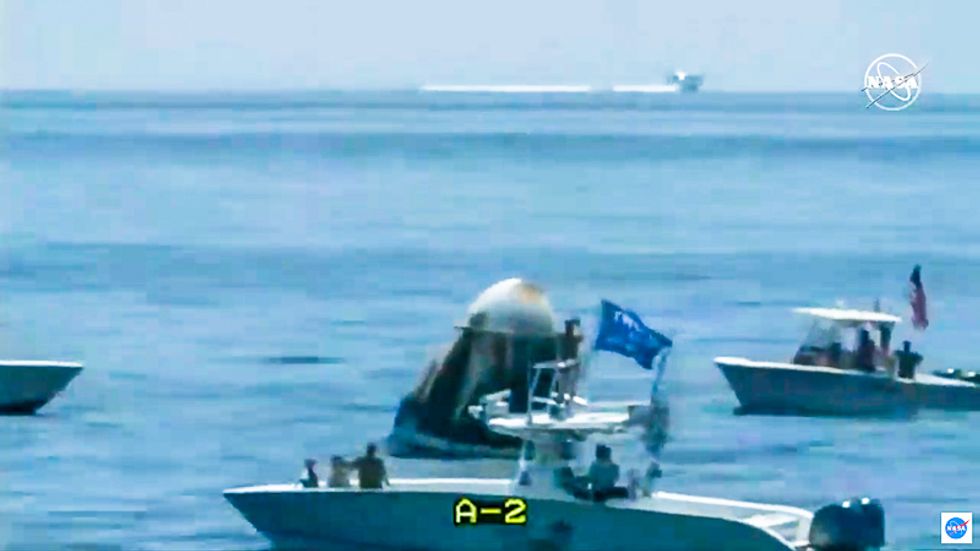 Supporters of President Donald Trump on Sunday were accused of jeopardizing astronauts' return to Earth.

After SpaceX's Crew Dragon capsule became the first American spacecraft to splashdown in 45 years, a boat flying the Trump flag was spotted within feet of the astronauts.

The boaters were quickly called out on social media for "interfering" with the mission.

Watch the video and read some of the responses below.

Am I seeing this correctly? Did a private boat flying a Trump flag just approach Crew Dragon then have to be forced… https://t.co/rm2xEcLgNK
— Emre Kelly (@Emre Kelly) 1596395297.0

Hey Boaters for Trump, nice flag and all, but maybe give the space people a little room.
— Jarrett Bellini (@Jarrett Bellini) 1596395357.0

So is Pres. @realDonaldTrump going to say something about the private boats flying Trump flags that got in the way… https://t.co/8WjESNQzM1
— James Ford (@James Ford) 1596395550.0

Note that one of these dicks needlessly interfering with a tricky recovery operation is flying a Trump flag. That… https://t.co/nQ1fLKruep
— Gareth Jones (@Gareth Jones) 1596395572.0