CBS host rips Trump adviser after his COVID recovery: ‘Not all Americans receive that kind of elite care’ 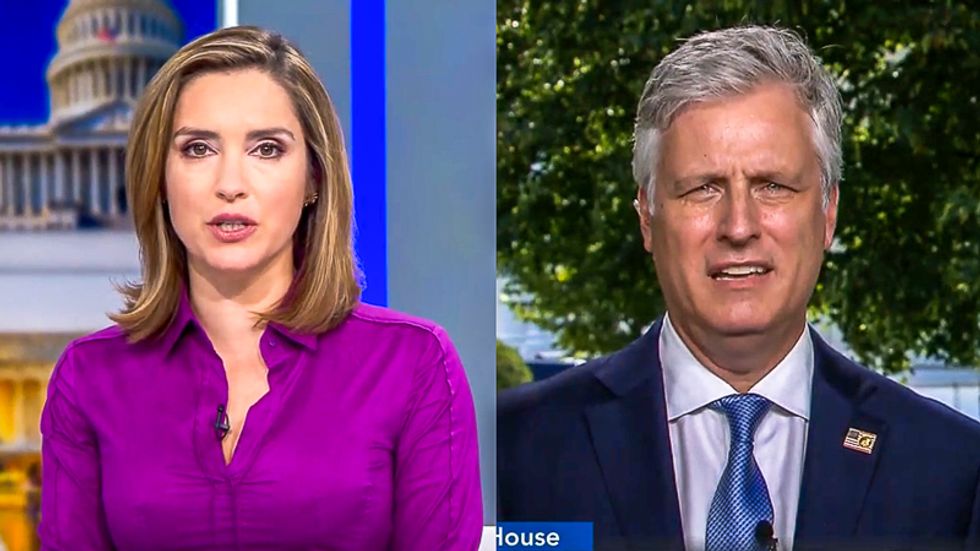 National Security Adviser Robert O'Brien called COVID-19 testing in the United States a "miracle" even though the Trump administration has not been able to deliver the 5 million tests per day that it has promised.

After recovering from a COVID-19 infection, O'Brien told CBS host Margaret Brennan that he feels lucky to be alive.

"I was blessed and had a light case," O'Brien explained. "I want to thank the White House medical team for their great care while I suffered through this virus."

"Not all Americans receive the kind of elite care that you were able to," Brennan noted. "Unless you work in Major League Baseball or at the White House, you don't have access to regular asymptomatic testing. That's just not where we are as a country."

"How long before the average American can get that?" the CBS host wondered.

"What's happening with testing in America is really a miracle," O'Brien insisted. "There's no country in the world that comes close to what America is doing on testing. But we're working on getting more testing out there."

"We were supposed to be at 5 million tests a day at this point," Brennan interrupted. "We're not nearly that. In fact, we're now at 5 million infections as a country."

O'Brien deflected: "This came out of China and we've been fighting it ever since."