CDC faced pressure 'from the top down' to change guidance on COVID-19 testing: CNN 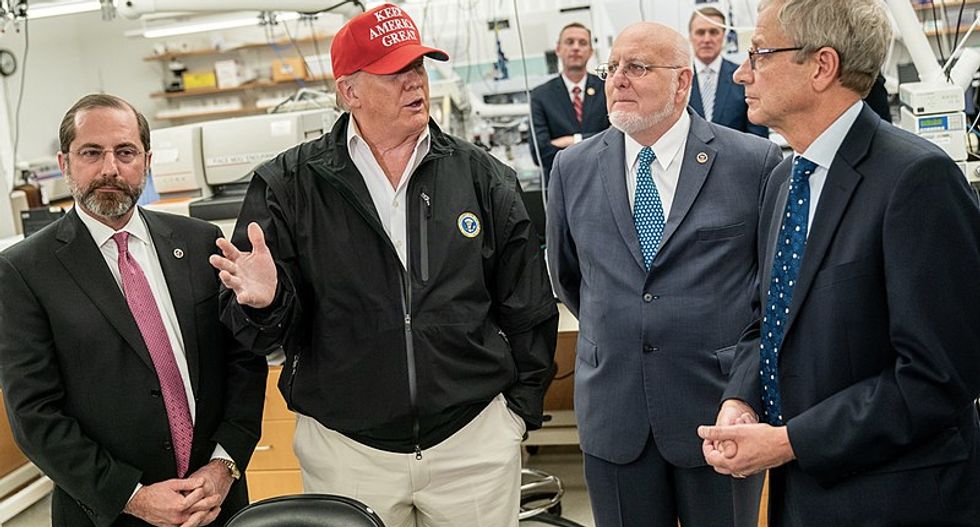 The Centers for Disease Control and Prevention recently changed its guidelines for testing for the novel coronavirus in a way that could mean fewer people get tested -- and now CNN is reporting that the agency faced pressure from "the upper ranks of the Trump administration" to make the change.

An unnamed federal health official tells the network the new directive on testing, which advises that people who aren't experiencing symptoms may not need to be tested even if they've been exposed to the virus, is "coming from the top down."

When asked by CNN for comment on the matter, HHS Assistant Secretary Brett Giroir said that "this Guidance has been updated to reflect current evidence and best public health practices, and to further emphasize using CDC-approved prevention strategies to protect yourself, your family, and the most vulnerable of all ages."

Most medical experts believe that mass testing is vital to controlling the spread of the novel coronavirus, as many asymptomatic people are still capable of spreading the disease. Trump, however, has repeatedly said that he would like to see testing slowed down so that the number of COVID-19 cases doesn't make America "look bad."

So far, there have been more than 5.7 million COVID-19 infections and more than 178,000 deaths from the disease over the past six months.