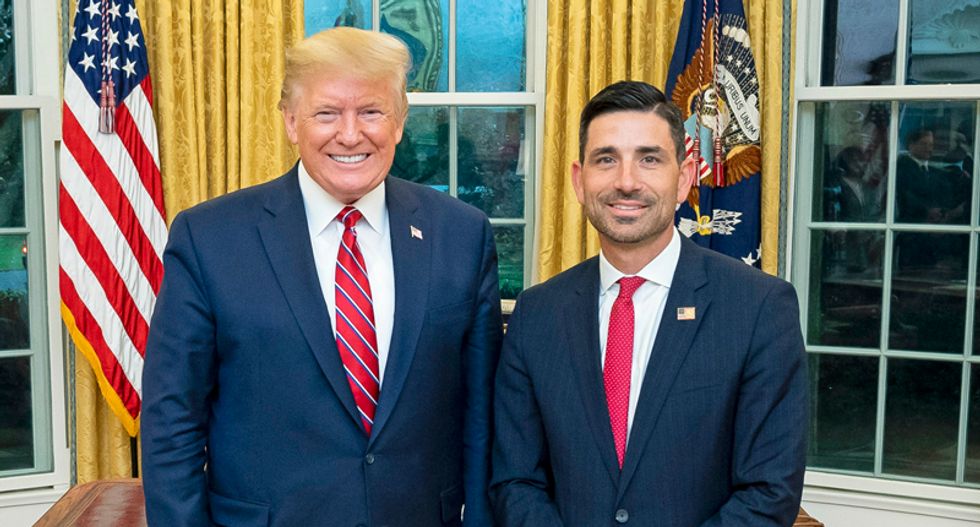 Immigrant rights groups and Texas Democrats are urging a review on the legality of Trump administration immigration policies after a government watchdog found two of the White House’s top immigration officials are not legally eligible to serve in their respective positions.

United We Dream, an advocacy group pushing for immigration reform, said the GAO’s conclusion calls into question the latest guidance from the DHS on the Obama-era Deferred Action for Childhood Arrivals, or DACA, program that was initiated in 2012.

The program has provided a legal shield to hundreds of thousands of immigrants who were brought into the U.S. as children; it was open to undocumented immigrants who came to the country before they were 16 and who were 30 or younger as of June 2012. The program gave them a renewable, two-year work permit and a reprieve from deportation. Since its inception, DACA, has protected more than 130,000 Texans from deportation, the second-highest total of any state after California. As of December 2019, there were about 107,000 Texans with DACA permits, according to federal statistics.

Wolf, who was appointed late last year, said last month he was instructing staff “to take all appropriate actions to reject all pending and future initial requests for DACA” and exercise its authority to “to terminate or deny deferred action at any time when immigration officials determine termination or denial of deferred action is appropriate.”

“What’s clear today from the Government Accountability Office is that Chad Wolf did not have the authority to issue this memo in the first place,” she said in a statement.

The GAO report says that Wolf and Cuccinelli were appointed as a result of “reference to an invalid order of succession” because when former DHS chief Kirstjen Nielsen resigned in April of 2019, the director of the Cybersecurity and Infrastructure Security Agency was supposed to succeed her. But instead, former Customs and Border Protection Commissioner Kevin McAleenan was named as a replacement.

“As such, the subsequent appointments of Under Secretary for Strategy, Policy, and Plans, Chad Wolf and Principal Deputy Director of U.S. Citizenship and Immigration Services Ken Cuccinelli were also improper because they relied on an amended designation made by Mr. McAleenan,” the report notes.

Trump announced in 2017 he was ending the DACA program but the U.S. Supreme Court ruled in June that it was improperly terminated and allowed the initiative to continue. A federal district judge subsequently ordered that new applications should be processed at the same time the DHS was accepting other DACA renewals. After that order, Wolf instructed staff to reject certain DACA requests.

The GAO’s report has no legal authority but the report authors said the findings are being referred to the DHS’s inspector general. The issue is likely to be raised more often in an election year when immigration-reform advocates continue clamoring for a legislative solution for DACA recipients.

“The Trump administration went around Congress to make invalid appointments of anti-immigrant white nationalists in violation of the law," said Castro, the chairman of the Congressional Hispanic Caucus. “From dismantling the immigration system to tear-gassing peaceful protestors, their authority is illegitimate. In light of this GAO decision, both Wolf and Cuccinelli must resign in disgrace or be removed from their positions immediately.”

by Julián Aguilar, The Texas Tribune

This article originally appeared in The Texas Tribune at https://www.texastribune.org/2020/08/14/trump-homeland-security-officials/.

The Texas Tribune is proud to celebrate 10 years of exceptional journalism for an exceptional state. Explore the next 10 years with us.