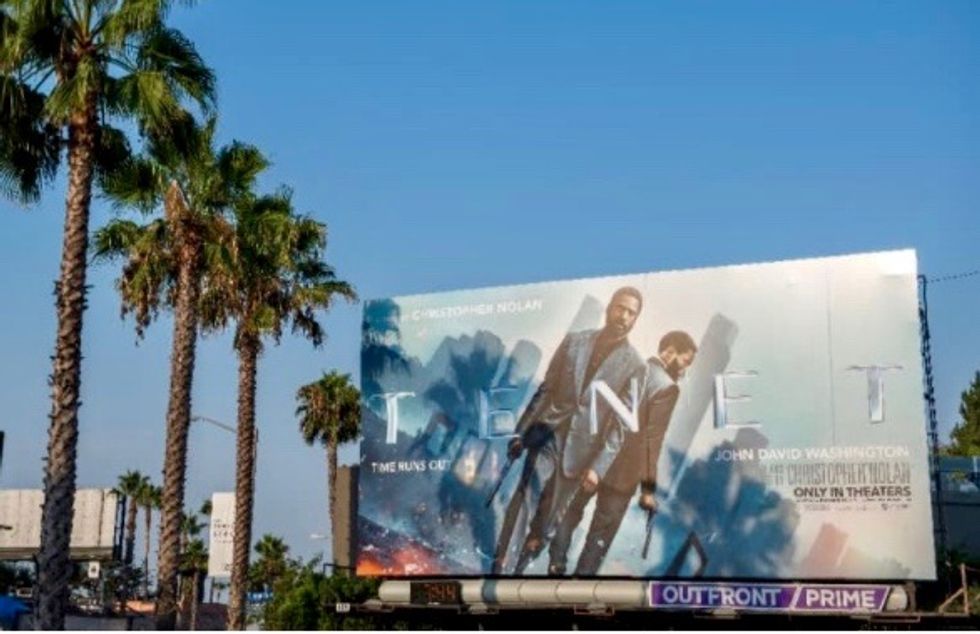 t is the film of the summer -- the release that cinema operators, beset by coronavirus regulations around the world which have largely kept audiences at home, are praying will reboot the industry.

That film is Christopher Nolan's "Tenet", a clever blockbuster that slips between espionage and science fiction.

After several postponements, "Tenet", which ran to a $200 million budget, is the first of its kind to dare a release during the pandemic. Disney, in contrast, canned its plan for a big screen release for its flagship "Mulan", preferring to run it on digital platforms.

And the latest James Bond film "No Time to Die", which was due for release in April, will only go into cinemas in November.

But Warner Bros have faith in Nolan's ability to pull in the crowds -- and with good reason.

His rebooting of the "Batman" films in the shape of the "Dark Knight" trilogy has grossed more than $4 billion.

His last film "Dunkirk", which won three Oscars and had five other nominations, including one for Nolan, cost a mere $100 million and has grossed over $526 million.

"Tenet" hits the screens on Wednesday -- not in the United States but in more than 70 countries, including most of Europe, Canada, Australia and South Korea.

For the US, Warner Bros has held off for a week and is also counting on the important Labor Day holiday weekend, with a release planned for September 3.

Critics around the world have been pointing to "Tenet" as the film that could save movie theaters with the BBC portraying Nolan as a "patron saint" of cinemas.

The creator of "Inception" and "Interstellar" is aware of his clout in the film industry, as evidenced by his recent column in the Washington Post.

"The past few weeks have been a reminder, if we needed one, that there are parts of life that are far more important than going to the movies," he wrote.

"But, when you consider what (movie) theaters provide, maybe not so many as you might think."

"Tenet" has everything to fulfill its mission. The film's script hook is reflected in its title, a palindrome, that is to say a word that can be read in both directions -- similarly, time can be wound backwards or forwards in the film.

The film appears to be a straightforward spy movie with a secret agent -- John David Washington, seen in "BlacKkKlansman" -- on the heels of an evil Kenneth Branagh who is threatening humanity.

Except in true Nolan style there is a little twist to that -- notably, that characters can reverse time.

Given the forward-reverse nature of the story -- some of it at the same time -- there promises to be plenty of head-scratching at the end of the two and a half hours but the film is also packed with 007-style chase and seek.

Nolan confessed Wednesday in a remote world press conference to being influenced by Dutch artist MC Escher as well as the 1977 Bond film "The Spy Who Loved Me", which he saw aged seven.

"What I remember from it is the feeling of possibility that you could jump through that screen and go anywhere in the world and see the most amazing things," he said.

"It was pure escapism with an excellent fantasy component to it.

But the Nolan touch is a black hero, something that the decision-makers of the 007 franchise have yet to embrace.

The cast includes Robert Pattinson and Elizabeth Debicki, who once again dons the role of a scorned woman who regains her freedom, as she did in Steve McQueen's "Widows".

On the pure action front, there are echoes of the explosions of "Heat" or "The Matrix", including an actual -- not computer-generated -- 747 passenger plane blowing up.

Nolan and Warner Bros will doubtless be hoping to recoup the bulk of their production outlay if not better.

Cinema owners will meanwhile hope the flick will prompt the public to return in droves and then keep coming back as they try to rebuild their industry.