CNN host catches Rick Santorum blaming Obama: ‘I’m giving you an opportunity to not be a hypocrite’ 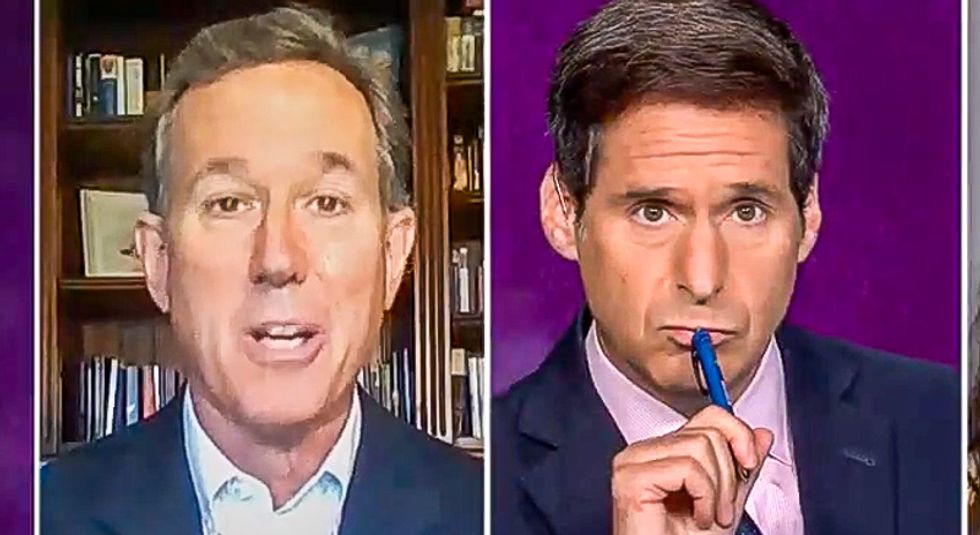 During an appearance on CNN's New Day program, host John Berman pointed out that Santorum had slammed Obama for the use of executive actions in 2014.

"How do you feel about it now when it's a Republican president?" Berman wondered.

"I would say, number one, some of the things the president is suggesting are proper use of executive action, like suspending the payroll tax temporarily," Santorum replied. "A couple of the executive actions are clearly fine. There's a couple that are not and I would say that President Obama has set the precedent, and that's the problem."

"But I'm giving you an opportunity to not be a hypocrite," Berman interrupted. "I just want to know, do you approve of the executive action?"

"Why don't you?" the CNN host pressed. "Why don't you approve of the action that President Trump -- this president -- took?"

"The action you just spoke of -- creating a new unemployment system -- is something that is under the purview of Congress and not for the president to be able to do," Santorum opined. "And just like when Barack Obama funded health insurance companies illegally, in my opinion, unconstitutionally, both are under the purview of Congress to appropriate that money. He can't just unilaterally do that."

Santorum went on to say that at least one Republican senator had condemned Trump's use of executive actions.

"You didn't see that at all on the Democratic side when President Obama did it," he added. "And he was the first to do it."